Iran will close the strategic Strait of Hormuz, a passageway through which a third of the world’s oil is transported, unless the US and its allies stop “threatening” it, a senior Iranian military commander has said.

“If the Americans and their regional allies want to pass through the Strait of Hormuz and threaten us, we will not allow any entry,” state media quoted Brigadier General Hossein Salami, the deputy commander of the powerful Revolutionary Guard, as saying on Wednesday.

Without elaborating on what he and other leaders would consider a threat, Salami said that “Americans should learn from recent historical truths”, most likely referring to the January capture of 10 US sailors who entered Iranian waters.

The sailors were released less than a day later.

The remarks followed those of Supreme Leader Ayatollah Ali Khamenei who on Monday criticised US activities in the Gulf.

US Navy officials say their boats have near-daily encounters with Iranian naval vessels.

Iran and the US had no diplomatic relations for more than three decades but tensions have eased after a deal over Tehran’s nuclear ambitions was signed last year. 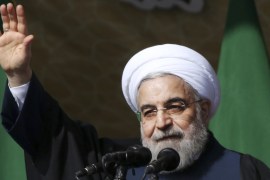 Is a new political era beginning in Iran? 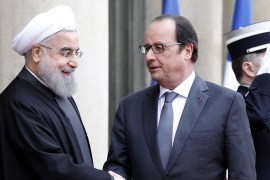 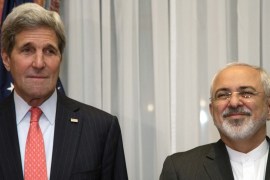 Arena: What is the future of US-Iran relations?