Iran has rejected a ruling by the US Supreme Court that clears the way for families of victims of the 1983 Marine barracks bombing in Beirut and other attacks to collect nearly $2bn in frozen Iranian funds.

The state IRNA news agency quoted the spokesman of Iran’s foreign ministry, Hossein Jaberi Ansari, as saying on Thursday that “such a verdict is a theft of the assets and properties of the Islamic Republic of Iran”.

From the United Nations, Ansari spoke to IRNA and said Wednesday’s ruling is “tantamount to a ridicule of justice and law”.

The ruling directly affects relatives of victims, including families of the 241 US service members who died in the Beirut bombing.

The lawsuit was brought by more than 1,000 Americans who have waged a long legal battle seeking compensation for attacks they say Iran orchestrated.

The plaintiffs accused Iran of providing material support to Hezbollah, the Iran-backed Shia political and military group responsible for the truck bomb attack at the Marine compound in Beirut.

Iran denies any links to the attack.

The plaintiffs also sought compensation related to other attacks including the 1996 Khobar Towers truck bombing in Saudi Arabia that killed 19 US service members.

After lobbying by the families, the Obama administration, the US Senate, and a legal group representing leaders of the House of Representatives all filed court papers backing the families.

In 2012 the US Congress passed a law stating that the frozen funds should go towards satisfying a $2.65bn judgment won by the families against Iran in US federal court in 2007. 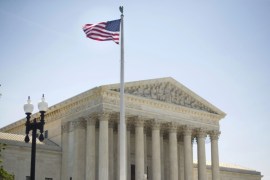 Almost $2bn in frozen Iranian assets to be given to families of victims of 1983 Beirut bombing, Supreme Court rules.