North Korea tried to test-launch a ballistic missile from a submarine, a website that monitors the reclusive state reported, as Chinese state media said defiant actions by Pyongyang have become a threat to regional security.

In a report published on Thursday, NK News said the “attempted” launch involved a Sinpo-class submarine, a new type of naval vessel built by the Korean People’s Army.

The website said the submarine sailed towards the East Sea, also known as the Sea of Japan, prompting South Korean intelligence to track the vessel’s movement. But it turned back without firing the missile.

“It seems that the submarine dealt with a malfunction during the process of their fourth SLBM [submarine ballistic missile] test launch and decided to return,” an unidentified former South Korean admiral told the site.

The incident on Wednesday was first reported by the South Korean cable television Maeil Broadcasting Network. South Korea’s defence ministry did not comment on the report.

News of Pyongyang’s latest military manouevre comes as its closest ally, Beijing, has become more pointed in its criticism of North Korea.

On Thursday, the state publication China Daily cautioned in an opinion piece about “playing into Pyongyang’s hands by single-mindedly advocating for peace.

“Peace-brokering should never be at the price of appeasing Pyongyang’s nuclear ambition,” the English-language site said, adding that North Korea has a “credibility problem” when it comes to denuclearisation.

“If it is trying to simply buy time for a fifth nuclear test with its request for talks, Pyongyang does not deserve the benefit of the doubt.”

On Wednesday, China banned most imports of North Korean coal and iron ore in response to ongoing missile tests.

Beijing is North Korea’s only major ally and aid donor but says its influence over Kim Jong Un’s government is limited.

But Chinese leaders are also reluctant to lean too hard on North Korea for fear the collapse of Kim’s government could set off a flood of refugees and further heighten military tensions on the divided peninsula. 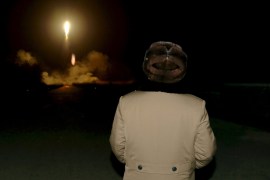 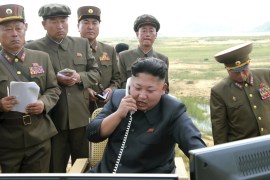 Pyongyang says it launched five “missiles” into Sea of Japan amid widespread concerns about its nuclear programme. 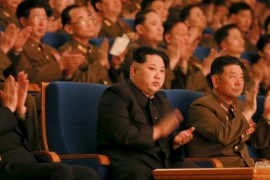 US, China call for tougher sanctions on North Korea

Beijing, Pyongyang’s ally, teams up with Washington in a rare move to respond to latest nuclear test and rocket launch.