Few among this group of volunteer rescuers – including farmers, mechanics and doctors – had prior combat experience. They were poorly trained and poorly equipped, but they were also under enormous pressure to act.

In the early hours of June 17, 2014, the predominantly Shia Turkmen village of Basheer in northern Iraq had been overrun by fighters with the Islamic State of Iraq and the Levant (ISIL, also known as ISIS). In the following days, witnesses said ISIL fighters destroyed and looted homes, levelled religious shrines and sexually assaulted and executed residents.

Abdullah, who lived in Basheer with his wife and three young children, was working near Kirkuk at the time of the raid. His sister-in-law was able to escape with his three children, but his wife was taken by ISIL.

“When my daughter came to me in Kirkuk, she told me she’d seen corpses of naked women hanging from electricity poles,” Abdullah, who did not provide a last name, told Al Jazeera. “I asked her where her mother was. I asked my sister-in-law where her sister was. I just want to know what happened to her.”

READ MORE: Kurdish-Turkmen tension on the rise in Kirkuk

News of the atrocities spread quickly. In an effort to save the women and children and to retake Basheer from ISIL, a volunteer force formed, armed with whatever weapons were readily available. Composed of about 125 people from surrounding Turkmen villages, they felt their chances of rescuing the women dwindled with each passing day.

“That’s why we were in such a rush,” said Abu Ali, 36, who spoke to Al Jazeera under a pseudonym. During the botched rescue attempt on June 29, 2014, he lost close friends, part of his right leg, and a finger. “We planned for 10 days, but we should have been preparing for three months.”

The botched rescue attempt, which claimed more than two dozen lives, was the first in a succession of military and political failings that have seen some within the Turkmen community grow increasingly frustrated at the continuing plight of the Turkmen women abducted by ISIL. Both the Iraqi army and the Peshmerga failed to act in the ensuing weeks and months, and both governments also failed to provide support that could help other groups stage an effective rescue, activists say.

“The women’s rescue and the retaking of Basheer was 100 percent the responsibility of the Iraqi army or the Peshmerga,” Abu Ali said.

Nearly two years on, the precise number of Turkmen women and children abducted by ISIL during their 2014 rampage through Iraq and Syria – including those from Basheer – remains unknown.

The Turkmen Rescue Foundation, which is among the most vocal advocates for the rescue of the abducted women, believes that more than 500 women and girls are in ISIL-held territory.

Abdullah says that while it has now been nearly two years, he remains hesitant to tell his children their mother is dead, as there remains a distant chance she is alive. “Both the Kurdish Regional Government and Baghdad are just talking,” he said. “If our families are found now, they will be bones in a grave.”

Hasan Turan, a member of the central Iraqi government, acknowledged that Baghdad has failed to act in the matter. A spokesperson for the KRG did not immediately respond to Al Jazeera’s request for comment.

Both the Kurdish Regional Government and Baghdad are just talking. If our families are found now, they will be bones in a grave.

Iraqi Turkmen, who form less than 5 percent of the Iraqi population, appear to be a low priority for both the Kurdish Regional Government (KRG) in Erbil and Iraq’s central government in Baghdad, Renad Mansur, a fellow at the Carnegie Middle East Center, told Al Jazeera.

“For the KRG, the Turkmen remain problematic because they represent a group that complicates their ambitions for acquiring Kirkuk,” he said. “For Baghdad’s Shia-led government, the priority is working to protect [against] ISIL advances and moving towards fighting the group in other areas.”

Turan, who is the deputy head of the Iraqi Turkmen Front political movement, told Al Jazeera that leaders in the Turkmen community lack both the military capacity and the requisite political relationships with Erbil and Baghdad to have their community’s plight addressed as a priority.

The Turkmen community’s conservative attitude towards abductees is also part of the problem, Turan added. “Ours is a closed community,” he said. “Families whose wives, sisters or daughters have been abducted by ISIL feel shame; they feel they are unable to tell their story to the world.”

Aryan, a Turkmen and former ISIL prisoner who spoke on condition of anonymity, said she and her daughter were attacked and sexually assaulted by ISIL fighters while in captivity. She escaped in February 2015, but her daughter died of wounds inflicted during the ordeal.

“My family is avoiding me,” Aryan told Al Jazeera. “My aunt is helping me; the others have nothing to do with me. My husband’s family come to Kirkuk, but they only occasionally call me.”

The Turkmen Rescue Foundation has documented cases of Turkmen escapees who have subsequently been told by male family members to commit suicide because of the “shame” of what happened to them.

“The Yazidi community was very brave, and succeeded in making their case to the world,” Turan said, noting the Turkmen community should do the same.

“They have the same culture in how they deal with women, but decided as a community not to blame any women who escaped ISIL.”

Meanwhile, Iraqi Turkmen have begun to look ahead to the anticipated liberation of Mosul, where the Turkmen Rescue Foundation believes Turkmen women and girls are being held. Some within the Turkmen community – including Himan Ramzi, the head of an Erbil-based Turkmen organisation – say Turkmen themselves must be among the liberating forces.

Without the participation of the affected community, she says, “the safety of the abducted women cannot be ensured”. 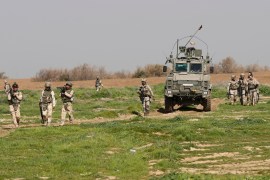 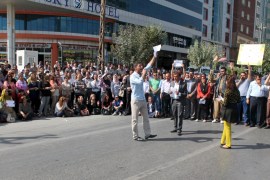