The Arab League has declared Lebanese movement Hezbollah a “terrorist” group, only days after the Gulf Cooperation Council (GCC) adopted the same stance.

The move came during an Arab League foreign ministers’ meeting at the organisation’s headquarters in Egypt’s capital Cairo on Friday.

Nearly all 22 Arab League members supported the decision, except Lebanon and Iraq which expressed “reservations”, the bloc said in a statement read out at a news conference by Bahraini diplomat Wahid Mubarak Sayar.

OPINION: The Arab World is at war with itself

“The resolution of the League’s council [of foreign ministers] includes the designation of Hezbollah as a terrorist group,” the statement said.

Explaining Lebanon’s position, Foreign Minister Gebran Bassil said in a Twitter message: “We voiced reservations because the resolution was not in line with the Arab anti-terror treaty … Hezbollah enjoys wide representation in Lebanon and it is a main component in the country.”

The decision comes a day after Hassan Nasrallah, the Hezbollah leadar, accused Saudi Arabia of pressuring Lebanon to silence his group.

“Saudi Arabia is angry with Hezbollah since it is daring to say what only a few others dare to say against its royal family,” he said on Thursday.

The Arab League and the six-member GCC have been ramping up pressure on Hezbollah, which is backed by Saudi Arabia’s regional rival Iran, with whom relations have worsened this year.

The two nations are on opposing sides in conflicts in Syria and Yemen.

In late February, Saudi Arabia, the United Arab Emirates, Kuwait and Bahrain urged their citizens to leave Lebanon or avoid travelling there.

The travel warning came after cut $4bn in aid to Lebanese security forces in response to “hostile” positions linked to Hezbollah.

The US, Canada and Australia have also listed Hezbollah as a “terrorist” group. The EU has blacklisted its military wing. 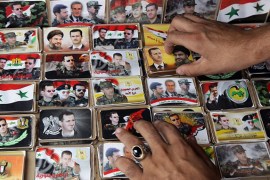 The Arab World is at war with itself

An eventual break-up of the Arab world into sectarian splinters is a self-fulfilling prophesy. 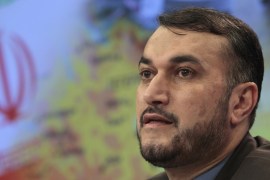 Iran: GCC’s terrorist label for Hezbollah is a mistake

Tehran says decision to label the Lebanese group a terrorist organisation undermines peace and the unity of Lebanon. 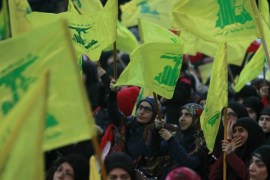 Gulf countries announce the decision amid an ongoing row with the Lebanese group over involvement in regional conflicts.