North Korea has pledged a “sacred war of justice for reunification” including a nuclear strike against the United States, saying joint military exercises by Seoul and Washington were being carried out to prepare for an invasion.

South Korean and United States troops began large-scale military exercises on Monday in an annual test of their defences against North Korea, which called the drills “nuclear war moves” and threatened to respond with an “all-out offensive”.

Isolated North Korea has rejected criticism of its nuclear and rocket programmes, even from old ally China, and last week leader Kim Jong-un ordered his country to be ready to use nuclear weapons in the face of what he sees as growing threats from enemies.

The joint US and South Korean military command said it had notified North Korea of “the non-provocative nature of this training” involving about 17,000 American troops and more than 300,000 South Koreans.

South Korea’s defence ministry said that it had seen no sign of any unusual military activity by the North.

Still, it issued a statement on Monday warning the North that it “should immediately stop its reckless behaviour that would drive them to their own destruction”.

“If North Korea ignores our warning and conducts provocations, our military will relentlessly respond and we warn that North Korea will be held fully responsible for any situation leading to North Korea’s reckless provocation,” the statement said.

OPINION: What we know about Kim Jong-un

North Korea’s National Defence Commission said the North Korean army and people would “realise the greatest desire of the Korean nation through a sacred war of justice for reunification”, in response to any attack by US and South Korean forces.

Its response would include nuclear weapons and their use against the United States, the official Korean Central News Agency (KCNA) said in a statement on Monday.

“We have a military operation plan of our style to liberate South Korea and strike the US mainland,” the KCNA report said, also adding a “powerful nuclear strike means targeting the US imperialist aggressor forces bases in the Asia-Pacific region”.

The North, the Democratic People’s Republic of Korea, as it is officially known, routinely issues threats of military action in response to the annual exercises that it sees as preparation for war against it.

The threat on Monday was in line with the usual rhetoric it uses to denounce the drills.

The latest UN sanctions imposed on North Korea were drafted by the US and China as punishment for its nuclear test and satellite launch, which the US and others say was really a test of ballistic missile technology.

South Korea and the US militaries began talks on Friday on the deployment of an advanced anti-missile Terminal High Altitude Area Defence system in South Korea. 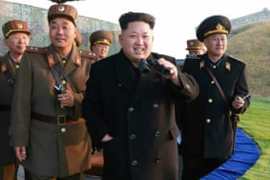 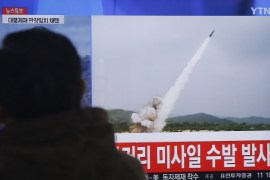 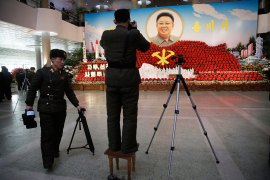 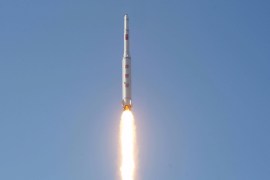 How much closer does North Korea’s satellite launch bring it to developing an intercontinental ballistic weapon?