Hamas has denied Egypt government’s allegations accusing the Palestinian group of involvement in the assassination of the country’s chief prosecutor last year.

Hisham Barakat was killed in a car-bomb attack in Cairo in June 2015. There was no confirmed claim of responsibility.

In a press conference in Cairo on Sunday, Magdy Abdel-Ghaffar, Egypt’s interior minister, said the killing was ordered by Turkey-based leaders from the Muslim Brotherhood group “in close coordination with Hamas”.

However, Salah al-Bardawil, a senior Hamas official, said in the Gaza Strip on Monday that the accusations were baseless.

“Hamas denies these political allegations made towards us,” he said.

“It has never been a characteristic of us to interfere in Egyptian security affairs.”

‘No relations with Hamas’

Abdel-Ghaffar had also accused Hamas of providing training to the suspects, allegations that Bardawail denied.

“The suspects have never entered Gaza and have no relations with Hamas,” he said before asking the Egypt government to review the “false allegations” in order to avoid straining relations with Palestine.

Egypt has arrested 14 people suspected to be involved in assassinating Barakat, accusing them of receiving training in the Gaza Strip.

Gamal Heshmat, a senior member of the Muslim Brotherhood in exile, had also dismissed the accusations as an ongoing effort by the Egyptian government to “demonise” the Brotherhood.

Barakat was the most senior state official to die at the hands of armed groups since the toppling of Mohamed Morsi from the presidency in 2013.

Since then, the Brotherhood was banned and declared a “terrorist” organisation inside Egypt. 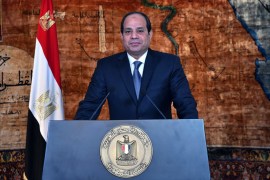 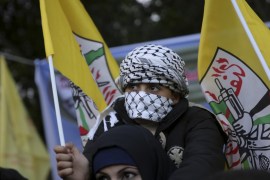 Can Hamas and Fatah work together?

Yet another attempt to bring the two groups together after years of deep division.