Khartoum – In October 1964, thousands of Sudanese took to the streets to protest against the rule of then-President Ibrahim Abboud. One person stood out among the crowd: a young man who had just graduated from Sorbonne with a PhD in law.

That man was Hassan al-Turabi. Born in 1932, he was a man with a mission, dedicated to promoting a political agenda based on Islamic teachings.

In the more than five decades that followed that October protest, Turabi, who died in hospital on Saturday at the age of 84, became a crucial figure in the Sudanese political scene.

In January 2014, Sudanese President Omar Hassan al-Bashir launched a project to bring the various elements of Sudan’s political scene together in a comprehensive national dialogue.

Yousif Aljlal, the managing editor of Assaiha newspaper and a political analyst, said this was not a novel move by Turabi. “Turabi had been controversial all his life, but one of the things that set him apart was his ability to act, not just react,” Aljlal said.

After the 1989 coup d’état that brought Bashir to power in the east African country, many described Turabi as the spiritual leader and godfather of the coup.

His book on politics and governance from an Islamic point of view changed many of the orthodox understandings of practicing Islam in government, and his students, disciples and readers drew from that.

“Turabi had indeed played many roles in Sudanese political circles, but one of the great things he cemented was espousing the theory and practice of the Islamist trend in Sudanese and international politics,” said Abu Bakr Abd al-Raziq, a leading member of the PCP.

“His book on politics and governance from an Islamic point of view changed many of the orthodox understandings of practicing Islam in government, and his students, disciples and readers drew from that,” he added.

Abd Alhafeez al-Hassan, a relative of Turabi, concurred: “Our understanding of what we can do, and most importantly who we are, became clearer as we read the Sheikh’s books.”

To many of his party members and followers, Turabi was the “Sheikh”, a title symbolising their reverence for him.

“I am his nephew, but I was also his student. It was he who always gave me enough support despite being busy,” Hassan said.

“His books are like those of Imam al-Ghazali,” Abd al-Raziq added. “They made people think of what Islam is, and how comprehensive it is in our lives. His book The Renewal of Islamic Thought certainly created a wide echo across the Islamic world.”

In 1999, Turabi had a falling out with Bashir that led to a bitter confrontation and hostility between the newly born PCP and Bashir’s ruling NCP.

Turabi himself was imprisoned and released in the years that followed, and his party was suspected by the government of attempting a coup in 2004.

“Turabi was one of – if not the only – Sudanese politician who spent lengthy periods of imprisonment at a time. During [former President Jaafar] Nimeiri’s rule, he was imprisoned for seven years at one stretch, and he came out of jail and convinced his jailer, Nimeiri, of adopting an Islamist agenda that led to the Sharia laws of 1983 and the appointment of Turabi himself in the government,” Aljlal said.

“Whether you agreed or disagreed with the man, he always had the ability to rally people around him and proved time and again what a shrewd politician he was. And he always managed to centre himself in the middle of events.”

Abd Deng Niyal, the PCP’s candidate for presidency in the 2010 election and a leading member of the party, says Turabi’s impact was not limited to Sudan.

“He was a rock for Muslims here and everywhere. He was a political legend,” Niyal said, wiping tears from his eyes. “He was a man whose legacy is beyond repeating.”

Ahmed Aldefena, a member of the newly formed opposition, Future Forces for Change Alliance, which comprised 41 parties, including former Islamists, said that while people may disagree with his methods, Turabi was a leader.

At a recent visit to his home, Turabi’s eldest son, Isam, appeared composed but declined to speak.

Hassan, Turabi’s nephew, intervened, noting: “There is nothing one can say in a few sentences that can capture the Sheikh’s legacy. People are still shaken, and the only thing in my mind now is how those of us left behind will carry the torch and continue his work.” 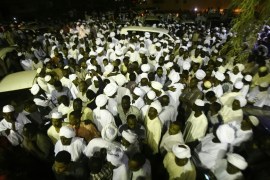 Founder of Popular Congress Party played a key role in the 1989 coup that brought President Omar al-Bashir to power. 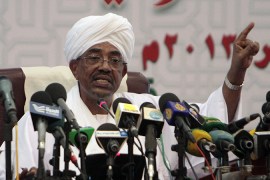 Almost all opposition parties say they will pull out of year-long talks, citing worsening political and press freedoms. 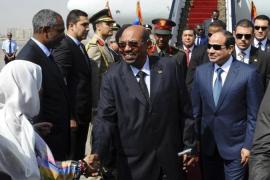 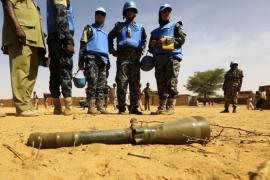 What would it take for a breakthrough in Sudan’s ‘national dialogue’?