A Turkish court sentenced two Syrians to four years in jail over the drowning of five people including Alan Kurdi, the three-year-old boy whose image triggered an outpouring of global sympathy last September, state news reported.

The sentencing on Friday convicted the two of human trafficking but acquitted them of the charge of causing the deaths through deliberate negligence.

Three-year-old Alan Kurdi, whose body washed up on a beach in southwest Turkey, drowned along with his mother Rihan and brother Galip among a group of refugees trying to reach Greece by boat.

The family’s only survivor, Abdullah Kurdi, has since returned to Syria.

The image of the child’s lifeless body led to a wave of sympathy for the plight of refugees fleeing Syria’s war, which began in March 2011.

Despite the risks, refugees continue to take the treacherous journey across the Aegean.

With 3,771 deaths, 2015 was the deadliest year on record for migrants and refugees crossing the Mediterranean trying to reach Europe, according to the International Organization for Migration (IOM). By comparison 3,279 deaths were recorded in the Mediterranean in 2014.

The organisation estimates that of the 321 who died on the Eastern Mediterranean route, which ends in Greece, 77 were children – an average exceeding one child death per day. 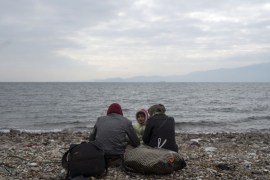 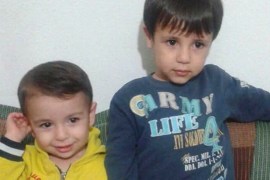 Suspected traffickers plead not guilty and instead blame father of drowned three-year-old as trial starts in Turkey.