A powerful and shallow earthquake struck off Indonesia’s Sumatra island, sending panicked residents rushing from their homes in a region hit hard by quakes and tsunamis in the past.

The quake struck at a depth of 10 kilometres on Wednesday, triggering a tsunami alert for parts of Sumatra, including West Sumatra, North Sumatra and Aceh, the local BMKG quake monitoring agency said.

Hours later, the tsunami warning was lifted. There were no immediate reports of damage or casualties.

The epicentre was several hundred kilometres from the Mentawai Islands, a small chain southwest of the country’s main western island of Sumatra.

The quake was felt strongly in Padang, a major city on western Sumatra, sparking panic.

A journalist with the AFP news agency there said that people ran from their homes and fled to higher ground by motorbike, car or on foot.

Traffic ground to a halt and there was a sense of panic on the streets, the journalist said.

Shortly after the quake hit, Erwin, a resident of Mentawai, a chain of islands off Sumatra, told Metro TV: “I am at the beach currently looking to see any tsunami sign with my flashlight. There’s nothing.

“A few minutes have passed but nothing, but many people have already evacuated to higher places.”

Indonesia, badly hit by the Indian Ocean tsunami in 2004, straddles the so-called “Pacific Ring of Fire”, a highly seismically active zone where different plates on the Earth’s crust meet and create a large number of earthquakes and volcanoes.

It is estimated that some 90 percent of earthquakes take place in the “ring”.

The 2004 tsunami killed 230,000 people in a dozen countries. Most of the deaths were in Aceh province. 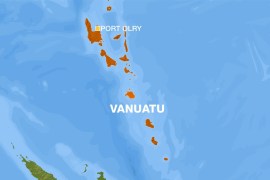 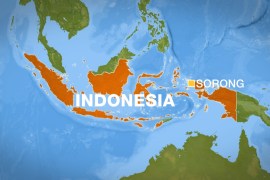 More than 60 people injured and 200 houses damaged after a 6.6-magnitude earthquake rocks eastern part of country. 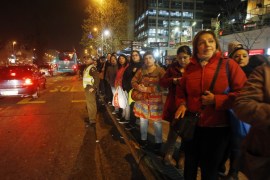