Member states of the Gulf Cooperation Council, known as the GCC, have classified Lebanese movement Hezbollah as a “terrorist” organisation, citing “hostile actions” by the armed group.

GCC Secretary General Abdullatif al-Zayani said on Wednesday that the six Gulf monarchies undertook the move because “the [Hezbollah] militia recruited young people [from the Gulf] for terrorist acts”.

Hezbollah is backed by Saudi Arabia’s regional rival Iran, with whom relations have worsened this year. The two nations are on opposing sides in conflicts in Syria and Yemen.

Announcing the military funding cut last month, a Saudi official said that the kingdom had noticed “hostile Lebanese positions resulting from the stranglehold of Hezbollah on the state”.

Riyadh would be conducting “a comprehensive review of its relations with the Lebanese republic”, the unnamed official said.

He specifically cited Lebanon’s refusal to join the Arab League and the Organisation of Islamic Cooperation in condemning attacks on Saudi diplomatic missions in Iran in January.

Riyadh cut diplomatic ties with Tehran after demonstrators set fire to its embassy and a consulate following the Saudi execution of a prominent Shia cleric.

Hezbollah Secretary General Hassan Nasrallah lashed out at Saudi Arabia during a televised speech on Tuesday.

“The kingdom is trying to put pressure on the Lebanese to try to silent us but we will not be silent on the crimes the Saudis are committing in Yemen and elsewhere,” Nasrallah said.

“Does Saudi Arabia have the right to punish Lebanon, its state and its army because a certain party has decided to raise its voice?” he asked.

“If they have a problem with us, let them keep it with us, and let them spare Lebanon and the Lebanese,” Nasrallah added.

Last month, Kuwait, Qatar, Saudi Arabia, the UAE and Bahrain also called on their citizens to leave Lebanon or to avoid travelling there. 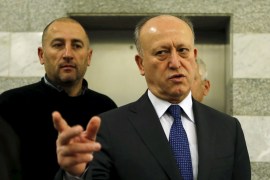 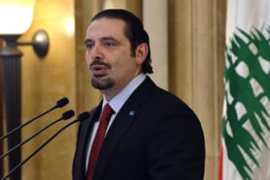