Manila – Teenage pregnancy rates across the world have declined in the past two decades except in the Philippines, according to a new survey.

The report by the UN says the Philippines topped the regional list of Asian countries that continued to have the greatest number of teenage pregnancies.

It also says that one in 10 young Filipino women – between 15 and 19 years of age – is already a mother.

A few factors adding to the continued increase in birth rates include having multiple sexual partners as well as low condom use.

Social attitudes towards family planning in the Philippines are heavily influenced by the Catholic Church.

Vanessa Aguilos, a 24-year-old Filipino mother of three, told Al Jazeera she did not know that having unsafe sex would lead to her pregnancy.

“It did not cross my mind that this could happen. My mother just asked me one day why I was not having my period any more … After a pregnancy test, it turned out I was [pregnant],” she said.

Aguilos comes from a low-income family and did not have access to family-planning advice. Nor were contraceptives given to her.

In 2012, the Supreme Court of the Philippines ruled that it was constitutional to implement the Reproductive Health Law, meaning that low-income earners had a right to family planning services and free contraception.

The government says it will address the matter again after the May election. 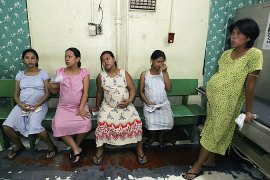 Who will win the battle over birth control?

A controversial new law pits the Philippines government against the country’s predominant and powerful Catholic lobby. 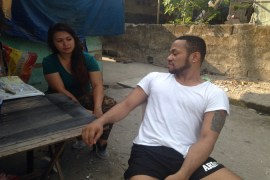 No way home for Filipino ‘Amerasians’

Obama’s imminent Philippines visit and a new deal over US army bases opens up painful past for ‘Amerasians’.