France has given refugees living in part of a Calais refugee camp until Tuesday evening to leave or face forcible removal.

Residents of the southern part of the camp, known as “The Jungle”, were told to take their possessions and leave the area on Saturday evening, so that authorities can demolish the tented settlement that has formed in the area.

The order issued by the state authority for Calais said police would forcibly remove anyone who refuses to comply with the order, the Associated Press news agency reported.

Authorities have not yet said when they will move in to raze the area.

The expulsion order came a week after Prefect Fabienne Buccio announced that the southern sector of the 18-hectare camp on the edge of Calais would be razed.

Humanitarian groups say the number of people living in the affected area exceeds 1,000.

Eight associations working in the camp, including Doctors of the World, sent a protest letter on Thursday to the French interior minister contending that alternatives proposed by the state are “very far from answering the needs of the problems encountered”.

The letter predicted refugees who refuse them could scatter along the coast.

Interior Minister Bernard Cazeneuve countered in a written reply that the evacuation would go ahead “progressively”.

The order cited a series of problems, from violence to growing anti-refugee tensions among extreme-right elements and a lack of hygiene and human dignity.

The camp is home to refugees fleeing conflict in Syria, Iraq, and Afghanistan, as well as those trying to escape poverty and political repression in other Asian and African countries. 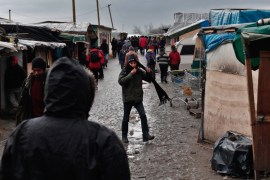 Official says people must leave because the makeshift camp in Calais and its conditions are not “dignified”. 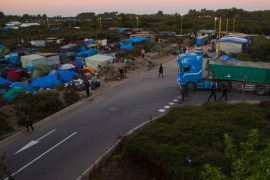 We follow two residents of the Calais camp as they attempt to make it to the UK and a better future. 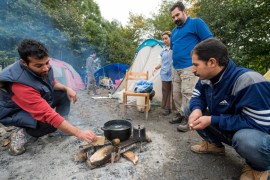