A breakaway faction of Turkey’s outlawed Kurdistan Workers Party (PKK) has claimed responsibility for the bombing in the Turkish capital Ankara that killed 28 people this week, according to a statement on its website.

The Kurdistan Freedom Hawks (TAK) says Wednesday’s bombing was in response to the policies of Turkish President Recep Tayyip Erdogan and the military operations going on in the country’s southeast.

“On February 17 in the evening a suicide attack was carried out by a sacrifice warrior on a military convoy of the fascist Turkish Republic in Ankara… The attack was realised by the Immortal Battalion of the TAK,” the statement said.

TAK also said in its statement on Friday that it would continue its attacks.

The group also warned foreign tourists not to visit Turkey, threatening to “destroy” the key tourism sector in the country.

“Tourism… is a major target we aim to destroy. We warn the foreign and native tourists not go to the touristic areas in Turkey. We are not responsible for who will die in the attacks targeting those areas,” the Kurdistan Freedom Falcons (TAK) said in an English-language statement.

The group said in the past that its relationship with PKK has been severed. Both groups are regarded as terrorist organisations by Ankara and the US.

A car laden with explosives was detonated next to military buses as they waited at traffic lights in the administrative heart of Ankara on Wednesday. The government has blamed the PKK and the Syrian Kurdish armed group YPG for the attacks.

Turkey says the attack was carried out by a member of the YPG, which is supported by the US in the fight against the Islamic State in Iraq and the Levant (ISIL) in northern Syria. The group denied Turkey’s claim. 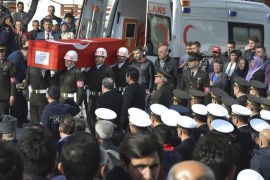 Syria’s YPG group denies it was behind deadly attack as Kurdish fighters’ bases in Syria and Iraq face Turkish shelling. 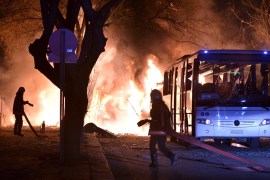 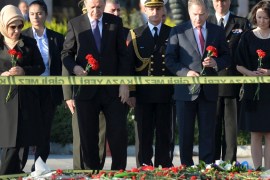