By
Trinna Leong
Kampala, Uganda – The landlocked nation of 39 million will head to national elections on Thursday, in which incumbent president Yoweri Museveni will be contesting another five-year term in office, possibly extending his stay in power beyond 30 years.
Uganda, the youngest country in the world with more than 78 percent of its people below the age of 30, has experienced peace and security under Museveni’s leadership.
However, with an average of 500,000 new university graduates entering the workforce, the country is facing a massive unemployment problem.
PHOTOS: Pre-election violence rocks Uganda
Almost two thirds of the unemployed are youths, according to government data. Non-governmental organisations estimate the figure to be much higher.

Uganda’s youths, dubbed as “Museveni babies”, are increasingly frustrated over the government’s failure to ensure job security while the older generation still remembers Museveni’s contribution to ensure peace during the war of the 1980s.

Other contenders in the race include physician Kizza Besigye, and former prime minister Amama Mbabazi. Before the vote, opposition parties have said the elections would probably be rigged to ensure Museveni’s tenure extends.
The country is using a new biometric system to verify voters, but tests for the system only began in recent weeks, leaving little time to train staff at polling stations nationwide.
Al Jazeera speaks to some of the young voters on their thoughts about the upcoming election on February 18.
It’s common to be denied jobs because we don’t have the work experience. But if we don’t get a job at all, how are we to get the experience needed? I want to believe that our votes could make a change but all the leaders here are the same. They only think of themselves. The elections aren’t fair, I don’t need to waste my time. I’ve lost hope in this government.
We want change, progress. I was born and raised knowing only one president. A change in government would lead to a change in the system, so jobs can be made and bureaucrats can be changed. When people are too long in power, they do things their way because they’re so used to it and so nothing changes.
I want Uganda to develop its education system. There are still many uneducated people in our country.
I don’t think I would vote. Nothing would change even if I voted. Look at Uganda, nothing has changed and all the promises remain the same. I hope the foreign investors coming in would help create more jobs for Ugandan youths. If youths have jobs they wouldn’t be wasting away like going to betting shops. There are too many youths who are idle now with nothing to do.
If you really want to find a job and would work hard, you can get a job. Many people here give up so easily and stop looking when they fail. I know the government has not cared much to help but I think that would change. The country is evolving with the development that’s happening now. Change comes when the government changes its mindset and cares more about the people. I believe Uganda would be better in the future. No country is perfect.
For me, I would want things to stay the same.. Of course it’s hard to find jobs but we have peace and stability now. My parents’ generation only knew the war. But now things are OK. I am not shy to admit I am an NRM supporter. I’m worried that if the opposition wins, the situation would turn unstable. There is no guarantee that if the opposition wins, more jobs would be created.
Museveni hasn’t delivered his promises. Roads are still poor, there’s poor service delivery at health centres. That is what’s important to us women here. We need access to health centres.
Trinna Leong was a 2016 fellow with the International Women’s Media Foundation’s Africa Great Lakes Reporting Initiative
Source : Al Jazeera 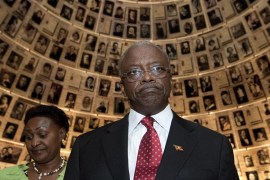 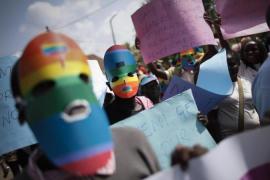 Why was Uganda’s anti-homosexuality law struck down?