Thousands of Syrians are fleeing the Aleppo countryside, heading towards Turkey, as government forces break through rebel defences in the northern province.

The development comes as diplomatic talks on ending the war in Syria remain on hold and Saudi Arabia announces its readiness to send in ground troops.

A Turkish aid organisation said on Friday that about 50,000 refugees urgently need food, water and shelter.

“In the last three days over 50,000 people from Azaz across the Turkish town of Kilis reached the Turkish border,” Humanitarian Relief Foundation (IHH) said.

“People, who fled their homes to protect their lives, came to the border and they are trying to survive sleeping under the trees in the open air.”

Ahmet Davutoglu, Turkey’s prime minister, told a Syria donor conference in London on Thursday that between 60,000 and 70,000 Syrians were on their way towards Turkey, trying to escape the deadly violence in Aleppo.

“They attacked Aleppo and the humanitarian corridor, [the] logistic corridor from Turkey to Aleppo, has been cut off,” he said.

“All the needs, food, everything to Aleppo where 300,000 people are living, were coming from Turkey.”

Sami Kekhia, a Syrian activist, told Al Jazeera that tens of thousands have fled their homes and are spread along the border with Turkey.

“We do not have an exact number of how many people are at the border, but we know that between 5,000 and 7,000 are currently waiting at the border with Turkey,” he told Al Jazeera over the phone from the Turkey-Syria border.

The Syrian government, backed by Russian air strikes, launched a major offensive from the north of Aleppo and captured several strategically important towns on Monday.

In Depth: Inside Aleppo’s fight for water and electricity

Opposition armed groups have appealed for help as their main supply route to Turkey comes under pressure.

“Residents of Aleppo city have not left their homes, but are preparing for a possible siege of the area. The local council of the rebel-held part of the city has told residents to reduce their consumption of food and medical supplies.”

The government holds the west of Aleppo city while the rebels hold the east, but the situation is largely reversed in the countryside.

“Everyone is trying to prepare for a possible siege, and if the government blocks the one main road which allows access to this part of the city, the city will be on lockdown,” Kekhia said.

“That road, known as Castello, has been repeatedly targeted by the government and Russian air strikes.

“However, the FSA (Free Syrian Army) and groups fighting the government are optimistic about winning the fight for Aleppo and preventing a siege.”

At least 40,000 Syrians have fled their homes in northern Aleppo since the Syrian government launched its offensive on Aleppo, the UK-based Syrian Observatory for Human Rights said on Wednesday.

Syrian forces and their allies broke a three-year rebel siege of the two Shia towns of Nubul and Zahraa in Aleppo province, Syria’s official news agency SANA reported on Wednesday, cutting off a main supply route to nearby Turkey.

The development came after days of rapid military gains north of the major city of Aleppo, with Russian air strikes playing a key role in the advance.

Nubul and Zahraa, with an estimated 60,000 population, are connected to the border by areas under the control of Kurdish armed groups that provided access.

The towns have been besieged by rebels since 2012, and reaching them had long been a goal of President Bashar al-Assad’s government, which has also sought to sever vital rebel supply routes into Aleppo from Turkey.

On Friday the UN Security Council met to discuss the peace efforts, with Jens Stoltenberg, the NATO head, saying that the Russian air strikes were “undermining the efforts to find a political solution”.

The Security Council met for closed-door consultations with Staffan de Mistura, the UN envoy, who suspended the Geneva negotiations on Wednesday until February 25.

Russia rejected Western accusations that it had sabotaged the peace talks by backing the government’s Aleppo offensive.

“It’s in bad taste. This is not a good time for recriminations,” Vitaly Churkin, the Russian ambassador, said.

Konstantin Kosachyov said any Saudi ground intervention without the consent of the Syrian government would be illegitimate.

The Saudi air force has targeted the Islamic State of Iraq and the Levant (ISIL) group with air strikes since the coalition campaign began in Syria in September 2014.

Thursday’s announcement by Brigadier-General Ahmed Asseri was the first time the kingdom had offered to provide ground troops to defeat ISIL, which has seized territory in Syria and Iraq.

“Today, the Saudi kingdom announced its readiness to participate with ground troops with the US-led coalition against ISIL, because we now have the experience in Yemen,” Asseri told Al Jazeera.

The offer is expected to be discussed when the US convenes a meeting of defence ministers from coalition countries fighting the  in Brussels next week. 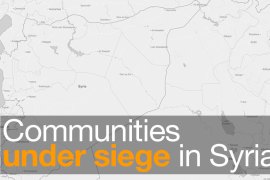 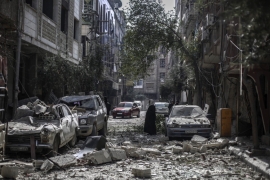