Investigators were examining the cause of an explosion that blew a large hole in the fuselage of a commercial aircraft, forcing an emergency landing minutes after take-off in the Somali capital, Mogadishu.

An aviation expert who looked at photographs of the hole said that the damage was consistent with an explosive device, the AP news agency reported on Wednesday.

Two people were slightly injured late on Tuesday as 74 passengers and crew of the airliner were evacuated after it made a safe landing, Ali Mohamoud, a Somali aviation official, said.

Awale Kullane, Somalia’s ambassador to the United Nations, was on board the plane, Reuters news agency reported. He posted video of the incident on Facebook.

The airliner belonged to Dubai-based Daallo Airlines and had just taken off from Mogadishu’s Aden Adde Airport on its way to Djibouti. Aviation website www.airlive.net said the explosion occurred on flight D3159, an Airbus A321.

“I think it was a bomb,” Vladimir Vodopivec, 64, the flight’s Serbian captain, was quoted as saying by the Belgrade daily Blic.

“Luckily, the flight controls were not damaged so I could return and land at the airport,” Vodopivec said.

Officials at Somalia’s civil aviation authority said on Wednesday that they had found no evidence so far of a criminal act, and a preliminary report will be issued later this week.

John Goglia, a former member of the US National Transportation Safety Board, agreed that the damage caused looked like it was from a bomb blast. “We don’t know a lot, but certainly it looks like a device,” he said.

Only two causes could explain the hole seen in photos circulated online: a bomb, or a pressurisation blow-out caused by a flaw or fatigue in the plane’s skin, said Goglia.

The photos appear to show black residue around the peeled back metal suggesting an explosive device went off, Goglia added.

Al-Shabab has operated in Somalia since 2006 and continues to launch deadly attacks against military and civilian targets in the country, as well as in neighbouring Kenya, which deployed its army to fight the armed group.

Its fighters have never claimed responsibility or been accused of targetting commercial aviation. 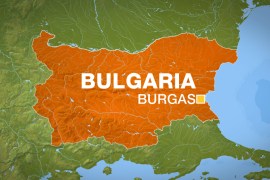