The World Health Organization’s declaration of a global health emergency in response to a growing number of birth defects or microcephalic babies in Brazil means that its 194 member states must now work together to investigate the cause of the problem.

This is the fourth global health emergency declared by the WHO since the system was established in 2005, and is a way for the UN health body to force its members to act in the interests of global public health.

“There are two major questions that need to be answered,” Edward Wright, a senior lecturer in medical microbiology at the University of Westminster, told Al Jazeera.

“Why is the outbreak in Brazil so big, and is the possible link between Zika infection and microcephaly real?”

He said the declaration on Monday would open the way for this to happen. ” It releases funds [and] releases resources so that people can study and answer these questions.”

Previous emergencies were declared in 2009 to address the spread of H1N1 (swine flu), and twice in 2014 in relation to the eradication of polio and to address the outbreak of Ebola in West Africa.

The WHO is able to declare a global health emergency when a situation is regarded as serious, unusual or unexpected.

It must also have regional or global implications and may require immediate international action.

In this case, the WHO was responding to a surge in the number of suspected cases of babies born with birth defects over the past few months in northern Brazil.

The first US case was reported on Tuesday in Dallas, Texas, according to local health officials who said there are no reports of the virus being locally transmitted by mosquitoes in the county.

RELATED: Rio Olympics ‘to go ahead’ despite Zika virus outbreak

Dallas County Health and Human Services said the case was acquired through sexual transmission, adding that it received confirmation of the infection from the Centers for Disease Control and Prevention.

Although it is not known exactly how many cases there have been, as of Monday 4,180 suspected cases had been reported since October.

Only 270 of these have been confirmed and the cause of the birth defects is still unproven, but the WHO says it strongly suspects the Zika virus.

She said this was necessary “[to improve] the detection of infections, congenital malformations and neurological complications, and to expedite the development of diagnostic tests and vaccines to protect people at risk, especially during pregnancy”.

Until they have those answers, governments in the region are stepping up fumigation and eradication programmes against the mosquito which transmits the Zika virus.

They are also recommending that women delay getting pregnant where possible.

The Brazilian government is also being blamed for helping to create the problem, after failing to continue an eradication programme started in the 1940s which eradicated the mosquito responsible for spreading Zika.

“That mosquito had been wiped out of Brazil but the Brazilians let down their guard, the mosquito came back and created a tinderbox for which Zika was just the match,” said Amir Attaran, professor in the Faculties of Law and Medicine at the University of Ottawa.

The last time the WHO declared a global health emergency, in response to the Ebola outbreak in West Africa which killed more than 11,300 people, it was harshly criticised for being slow and ineffective, resulting in delays that may have cost thousands of lives.

Since then the WHO has made changes that, it says, make it more responsive in emergency situations, but this will be tested in its handling of the situation in Brazil and the wider Americas over the coming months. 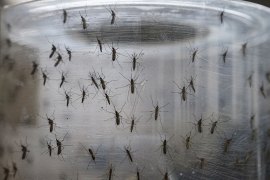 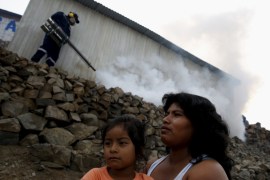 Rio Olympics ‘to go ahead’ despite Zika virus outbreak

IOC confident the mosquito-borne virus won’t affect the Games, even as Brazilian officials and WHO ramp up warnings.