The government of the southern African nation of Lesotho has declared a national emergency as drought continues to hit farming communities.

The World Food Programme (WFP) said hundreds of thousands of people will need food aid in the coming year.

In the Leribe district of the country, Mapuleng Khalala, a farmer, packs away her empty corn bag as her crops fail to produce food for her family.

“It is going to be very difficult to live in this situation, because I live on farming, so I don’t know what I am going to feed my children,” she told Al Jazeera.

The WFP said the drought will hit 80 percent of Lesotho’s rural population the hardest.

Most people in rural areas are dependent on subsistence farming, and a severe shortage of potable water is making the situation worse.

Already, more than half of the country’s population survives on less than a dollar a day.

“The worst-case scenario – if we do not react now, we will have people without their assets, their cows, their sheep,” Mary Njoroge, a WFP official, told Al Jazeera.

“They are selling whatever asset they have. It means they will fall into deeper poverty where it will be more difficult.”

The government has pledged $10m for drought relief. But it needs three times that amount.

Across the mountains, farmers like Mapuleng said any rain now would be too late. And as winter approaches, communities worry about the road ahead. 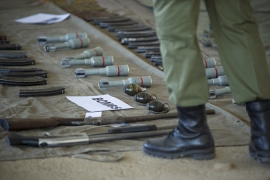 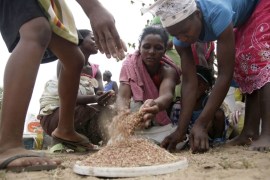