Activists in Pakistan have demanded the removal of the chief of the Council of Islamic Ideology (CII) after a bill to increase the minimum legal age for marriage from 16 to 18 was opposed and termed “blasphemous” by the advisory body.

The move to ban under-18 marriages – and increase punishment for those carrying them out – was initiated by Marvi Memon, a member of the National Assembly, who was forced to withdraw it last Thursday following staunch resistance from the CII.

The council advises the legislature whether certain bills are compliant with Islamic law.

According to a UNICEF estimate, 3 percent of girls in Pakistan are married before they turn 15 and 21 percent before age 18.

Those involved in an under-age marriage are punished by one month in prison in addition to a PKR 1,000 fine ($10).

The amendment not only sought to boost the minimum legal age of marriage for girls to 18, but also to impose a two-year prison sentence and increase the fine to PKR 100,000 ($950).

Critics called for the dismissal of the Islamic council chief after the bill was opposed.

“Maulvi Sherani must immediately be removed from his post as CII chairperson and an educated, enlightened, progressive, moderate and real Islamic scholar – who lives in the 21st century, and who does not hate women and girls – must be appointed to replace him,” civil society leaders demanded in a statement.

While the council clarified it was only seeking abolishment of punishments, its spokesman reiterated the organisation’s earlier stance that a girl could be married as early as nine.

“If the signs of puberty are visible, a boy can be married off at 12 and a girl at nine years of age,” spokesman Inamullah told Al Jazeera. “If those elements are not present, then 15 should be the legal age.

“It doesn’t mean that a girl should be married off as soon as she turns nine. And it’s unfair to blame the CII for this. It’s not like we came up with the law and people started getting their daughters married at nine. Parents should do what is best for their children.

“But the impression that the act should be punishable is not correct… From religious teachings, it is quite clear that if puberty is reached as early as nine, the girl can be married off,” said Inamullah, who only gave one name.

Many #childbrides develop fistula as a result of early pregnancy, with devastating consequences on their lives https://t.co/36m1VGVQ1g

Poverty, lack of education, and the culture are cited as reasons behind the practice of child marriage in Pakistan.

Marriage – and subsequent pregnancy – at the age of nine increases the chances of a young girl dying 10-fold, according to a medical expert.

“A nine-year-old girl is not physically, emotional or psychologically mature. She is what she is: a young girl,” Dr Shershah Syed, founder of the Pakistan National Forum on Women Health, told Al Jazeera.

Shameful that in 2016 we are backing down from Anti child marriage bill while Pakistan ratified the United Nations CRC in 1990.

“Given her frail body structure at that age and pregnancy at that age increases her chances of death 10 times … she’s unable to handle all this. The legal age in Pakistan – 15 – is still better than nine, but we in our field would not recommend a girl getting married before she’s at least 18.”

The Council of Islamic Ideology is an advisory body and its recommendations should not be binding, Blue Viens, an NGO working for women’s rights in Pakistan, told Al Jazeera

“We outrightly reject him [Maulvi Sherani] and his statements against women and girls, as well as the early marriage criteria,” programme coordinator Qamar Naseem said.

Hundreds of proposed bills are never sent to the Islamic council and many of its recommendations are not followed by the government, said Naseem.

“Only when it comes to women and children issues, the government forwards to CII because it knows those amendments will not be approved.” 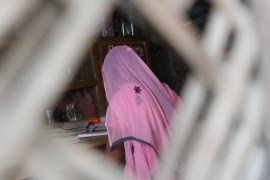 ‘Child marriage is real: it almost happened to me’

A personal insight into the traditional practice of child marriage in Bangladesh. 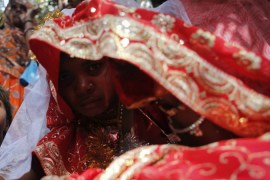 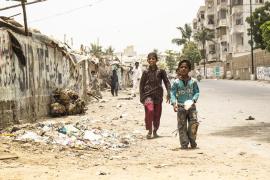 An estimated 1.5 million children living on streets are vulnerable to sexual abuse and drugs on daily basis.