Palestinians in the occupied West Bank have raised more than $63,000 to rebuild a house demolished by Israel.

Israel demolished the family home of Muhannad Halabi in the village of Surda near Ramallah on Saturday, three months after he stabbed two Israelis in Jerusalem.

Activists in Ramallah told Al Jazeera that the amount raised was expected to go up significantly over the coming week as donations continue to be sent in.

Halabi was shot dead by Israeli police, but directives issued by Prime Minister Benjamin Netanyahu allows the fast-track destruction of attackers’ homes, even if they housed relatives who had nothing to do with the alleged attacks.

Abed Karim Abu Arqob, an activist in Ramallah, said the movement to collect donations had grown “on a grassroots level”.

“Many people were upset about what happened to Halabi’s family, so we got together and decided to start a campaign to collect money and rebuild the house,” Abu Arqob told Al Jazeera.

“Today [Tuesday] is the third day, and we’ll continue collecting until Sunday morning … In the first two days, we collected 250,000 shekels [$63,500], and we haven’t even finished counting the money from today.”

Abu Arqob said the campaign had drawn donations from all sections of Palestinian society from students to businessmen, adding many were motivated by the perceived unfairness of punishing Halabi’s entire family for his actions.

“Muhannad was killed, but why do you have to destroy a house belonging to six others?” he asked. “What about the children and his elderly relatives?”

The exact cost of rebuilding the Halabi family home has yet to be determined by architects, but Abu Arqob said any excess funds would be used to help other families whose houses had been destroyed by Israel.

In Jenin, students at the Arab American University have started a similar campaign to rebuild two homes demolished in Jerusalem last week.

Israel’s policy of destroying the family homes of people it says carried out attacks against Israelis has been widely criticised as collective punishment.

The Israeli rights group B’Tselem has described the demolition of houses as “vengeance against innocents” and responsible for leaving 1,286 Palestinians without shelter as of October last year.

“The policy of demolishing the family homes of attackers constitutes collective punishment, which is prohibited under international law,” the NGO said in a report last year.

“Despite the fact that this measure is extreme and despite the clear view held by legal scholars in Israel and abroad that it is illegal, it has been repeatedly sanctioned by Israel’s High Court.

“Demolishing or sealing a home is a draconian, vindictive measure directed at entire families who have done nothing and are suspected of nothing.” 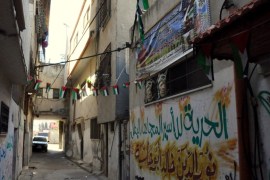 Palestinians say the cost of losing a home doesn’t surpass the value of life cheapened by decades of Israeli occupation. 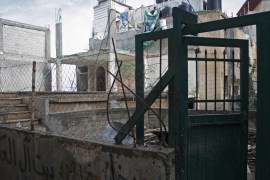 Thousands of dollars in donations have poured in to help families whose houses were razed by Israeli forces.