Ramtha, Jordan – In the chilly afternoon, children play among a row of makeshift tents, their wooden frames covered with plastic, cardboard and old rugs.

Five-year-old Randa curls up next to an unlit stove near her family’s tent.

Around 125 Syrian refugees live in this informal camp, erected near Ramtha in northwestern Jordan. Most are farming families hailing from the western Syrian regions of Hama and Homs, which have been heavily impacted by the country’s ongoing civil war.

These people are part of a nearly forgotten pocket of Syria’s refugee crisis – the almost 20,000 Syrians who live in squalid conditions in informal tent settlements scattered throughout remote areas of the Jordan valley and beyond.

“I came three years ago because it is easier to find work during the harvest,” Hama native Omar Hameed, 29, told Al Jazeera. The animal trader fled Syria with his four children and his wife, who is now six months’ pregnant with their fifth child. Hameed worries about the conditions they are living in.

“When it rains, water is pouring in,” he said. “The tents are flooded and covered with mud. Rats from the fields enter inside.”

Hameed’s family survives on food vouchers distributed monthly by the World Food Programme. The majority of the refugees in this camp are registered with the United Nations and are entitled to monthly vouchers worth 50 Jordanian dinars ($70) per family.

But the vouchers, which can be redeemed for basic food items, are barely enough to feed a family for a month. To supplement the vouchers, many families work for under-the-table wages on the Jordanian farms where they have set up their tents. Some say they earn five Jordanian dinars ($7) for 12 to 14 hours of hard agricultural labour.

Inside these informal tent settlements, there is no heating, running water or toilets. Refugees must pay for the electricity that is strung out to them and the water that is shipped in. Agreements with landlords are informal and unwritten, adding to the families’ vulnerability.

are involved in some form of labour.”]

Since the Syrian war began nearly five years ago, 1.4 million Syrians, about half of whom are registered with the UN refugee agency, have sought refuge in Jordan, a country of seven million people.

Jordan has maintained an open-border policy, but the influx of refugees has overstretched the country’s already limited infrastructure and flooded the labour force, with Syrians undercutting Jordanian workers. Most Syrian refugees live in towns and cities, while around 100,000 live in the two main authorised refugee camps in the country’s north.

Those who cannot afford to pay rent, or who do not want to enter the formal camps due to restrictions, end up living in the informal settlements that have sprawled across Jordan in recent years.

“Some had a nomadic background in Syria, but most live here simply because they cannot afford anything else,” Marcello Rossoni, who leads an aid mission for the Italian NGO Intersos in northwestern Jordan, told Al Jazeera.

In 2014 there were 125 informal settlements in Jordan, hosting more than 10,000 people. The number of settlements has tripled to nearly 400 in the past year, with aid workers estimating that some 20,000 Syrian refugees live in self-made camps.

This number is likely to increase as the refugee population in Jordan grows and the financial situation of Syrians in the country worsens, aid agencies say.

Syrian refugees are not allowed to work in Jordan without a permit costing around 700 Jordanian dinars ($985), and although the employer is required to pay those fees, it is typically the refugees who ultimately bear the cost. Consequently, 99 percent of Syrian refugees in Jordan are either jobless or work illegally. Having exhausted their savings, many struggle to pay rents that are inflated dramatically from pre-crisis levels – up to 300 percent in some cases.

IN PICTURES: A challenging harvest for Syrian refugees in Jordan

Many of the makeshift camps in Jordan have been erected in inaccessible rural areas, where refugees live under constant fear of government eviction.

“I came from Zaatari camp because my cousins are here,” said Mahmud, 32, who fled from a village near Hama and spoke to Al Jazeera under a pseudonym.

“Life in Zaatari is miserable; you cannot work, and you are stuck with nothing to do. I had started losing hope,” Mahmud said, noting he left the camp with a temporary permission and never returned. Despite the harsh conditions, he said he prefers living in the informal settlement, because he can find work and be with his relatives.

All informal settlements are considered illegal under Jordanian law. As a result, only a handful of aid organisations provide limited assistance to the people living in these camps, despite conditions of abject poverty.

“It is not easy being a refugee in Jordan, and it’s even harder for those living in the informal settlements,” Muhammad Rafiq Khan, a child protection specialist with UNICEF in Jordan, told Al Jazeera. “Around 90 percent of the families live below the absolute poverty line, and a quarter of children in the [informal settlements] are involved in some form of labour.”

UNICEF supports 91 informal settlements across the country, providing water, sanitation and hygiene services, along with weekly informal learning opportunities for children who do not go to school, Khan said.

According to a report from the WFP and Reach, children in the makeshift camps are three times more likely to be out of school than those living in towns or inside formal camps.

“The main reason for missing school is the distance. The [informal settlements] are located in remote areas… Families are forced to send their children to work in order to cope with their basic needs, including food,” Khan said.

“This can be a crushing burden for a child.” 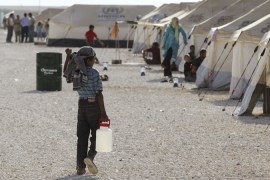 Three Syrian entrepreneurs in a burgeoning refugee camp tell Al Jazeera about their lives and struggles. 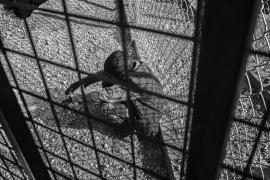 With more than 120,000 people, Zaatari is the biggest camp for Syrian refugees fleeing civil war. 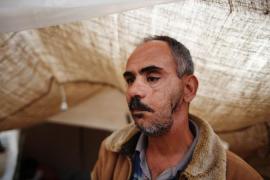