A 56-year-old Muslim American woman was thrown out of a rally in support of Republican presidential candidate Donald Trump following a silent protest.

Rose Hamid was forcibly removed by security guards from the hall in South Carolina on Friday, after standing up in the crowd while wearing a shirt saying: “Salam. I come in peace.”

Hamid, and a few other protesters with her, also wore yellow Jewish stars of David marked “Muslim” to recall the forced identification markers under Nazi Germany.

Video footage aired on CNN of the moment when Hamid was being escorted out, shows many Trump supporters shouting at her.

But according to Hamid, her silent protest of the “hateful rhetoric” found in Trump’s camp is mainly an element existing within the “crowd mentality”, as opposed to personal beliefs held by most Republicans.

“This demonstrates how when you start dehumanising the other it can turn people into very hateful, ugly people,” Hamid told CNN.

“I have the sincere belief that if people get to know each other one-on-one, that they’ll stop being afraid of each other.”

The Council on American-Islamic Relations (CAIR) has issued a press statement calling on Trump to offer a public apology for the action.

“The image of a Muslim woman being abused and ejected from a political rally sends a chilling message to American Muslims and to all those who value our nation’s traditions of religious diversity and civic participation,” Nihad Awad, CAIR national executive director, said.

Following the ejection of Hamid, Trump reportedly told the crowd of supporters at the campaign rally: “There is hatred against us that is unbelievable. It’s their hatred, it’s not our hatred.”

Trump has come under fire from the public and politicians for repeated comments seen as planting fear of Muslims, including that they should carry specific identification cards and that mosques should be closed. 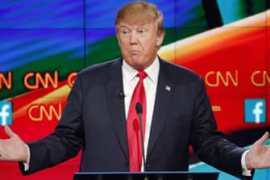 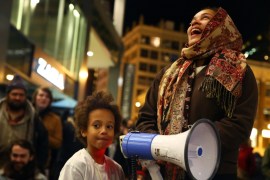