Aleppo, Syria – Abu Bakr begins making his rounds inside the intensive care unit at Syria’s al-Quds hospital, in the rebel-held part of Aleppo, at 8am each morning, and he often works late into the night. Although he specialises in internal medicine, he had to cut his studies in that field short due to Syria’s war.

“This isn’t working as a doctor under normal circumstances,” Abu Bakr told Al Jazeera. “It’s the most dangerous city in the world.”

Aleppo, Syria’s largest city, is split between pro-regime and rebel forces. Gripped by fighting and regular air strikes, the city has managed to maintain a functioning health sector, but there is a dire need for resources and additional manpower, health workers say.

in case of any future strikes.”]

There are currently 10 hospitals operating in Aleppo, although many have been damaged in the war. Another hospital, Dar al-Shifa, has been bombed nearly a dozen times and has since ceased operating, while the Shawki Hilal hopsital closed at one point due to bombing damage but has since reopened.

Health workers and patients say conditions in the city’s hospitals and ambulances are less than ideal. Abu Bakr says there is no one available to fix equipment, such electrical power converters, that gets damaged in the war.

“We have enough [equipment] to fulfill our necessary requirements… but it’s not at an ideal level,” he said, adding that the lack of available engineers and technicians throughout Syria has created a serious problem. “When something gets damaged, it will sometimes cease working for two months or longer, until a specialist can be called in to fix it.” 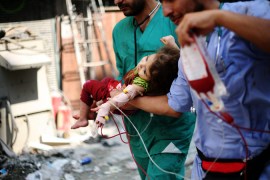 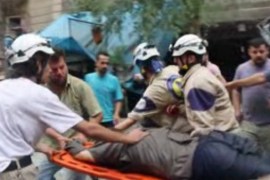 At least 32 civilians killed in attack that targeted market in al-Shaar neighbourhood in Aleppo city’s east. 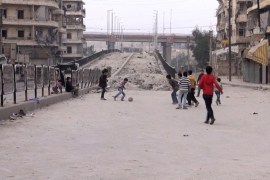 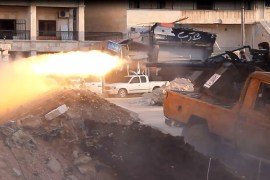