A two-month-old baby from a family of refugees has died on the Greek island of Agathonisis, according to police sources, while on Lesbos riot officers have clashed with refugees.

The baby died on Saturday several hours after the family landed on Agathonisis, having sailed from Turkey.

The infant was treated at a local clinic but its medics had only limited facilities, Evangelos Kottoros, the mayor of Agathonisis, told public TV network ERT.

Authorities did not immediately provide any further information on the child’s identity or the cause of death.

In a separate incident, on Lesbos, riot police used tear gas on Saturday night to drive back thousands of refugees who had tried to force through barriers in a desperate bid to get on board a ship specially chartered to transfer some of them to Athens on the mainland, a police source said.

A refugee was injured in the clashes and taken to hospital, the source said.

Earlier in the day, hundreds of refugees staged a protest against the delayed registration process that has frustrated their bid to continue travelling north to other destinations in Europe.

“Asylum, Asylum!” they shouted in front of the island’s main refugee centre, with some hurling stones at police.

Several Greek islands are struggling to cope as thousands of people arrive from Turkey on flimsy boats, most of them refugees fleeing Syria.

In recent days, several islands have seen clashes between police and refugees, and between refugees of different nationalities.

The death of the baby on Agathonisis came a day after a three-year-old Syrian-Kurdish boy was laid to rest along with his brother and mother in their hometown of Kobane in Syria.

Aylan Kurdi, whose death has become a symbol for the desperate plight of refugees trying to escape the war and find safety in Europe, drowned along with his mother Rehan and his five-year-old brother Galip while trying to cross the Aegean Sea to reach the Greek island of Kos.

Friday’s funeral was attended by hundreds of supporters and Kurdish officials from the city, the Iraqi-based Kurdish network Rudaw reported.

The three bodies were flown to a city near Turkey’s border with Syria, from where police-protected funeral vehicles made their way to the border town of Suruc and crossed into Kobane.

Turkish authorities later arrested and filed charges against four suspected traffickers over the deaths of 12 Syrian refugees in two boat sinkings, including that of the Kurdi family.

Greece has had more than 230,000 people landing on its shores this year, the vast majority seeking to travel to other EU countries such as Germany and Sweden.

The UN refugee agency UNHCR said on Saturday that 366,402 people had crossed the Mediterranean Sea to Europe this year, with 2,800 dying or going missing en route. 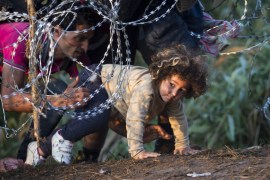 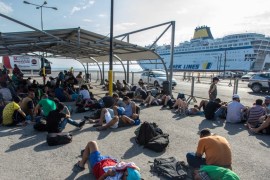 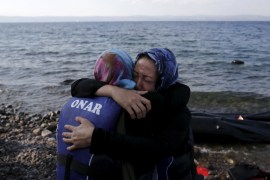 Many Syrians who make it to Turkey via the Mediterranean view Lesbos as a stepping stone to Western Europe.