In the middle of the night on August 28, 2014, Salim Alaradi received a telephone call at his hotel room while on vacation in Dubai. Alaradi, a Canadian-Libyan dual national, was requested by UAE authorities to come to the lobby to answer some questions. He never returned.

A year has now passed, and Alaradi, a 46-year-old businessman and father of five, remains jailed without charge or trial in the Gulf state. In a statement, the Canadian foreign affairs, trade and development ministry told Al Jazeera: “Consular services are being provided to the Canadian citizen detained in the United Arab Emirates. Senior Canadian officials are in contact with the individual’s family, as well as the appropriate authorities in the United Arab Emirates.” The ministry declined to comment further.

Contacted by Al Jazeera, the UAE ministries of justice and interior said that no one was available to comment on the case.

Al Jazeera spoke to Alaradi’s 18-year-old daughter, Marwa Alaradi, who lives in Ontario, Canada, but is currently in Doha, about the campaign to bring her father home.

Al Jazeera: Do you know anything about where your father is?

Al Jazeera: Has your father had access to a lawyer or been allowed visitors?

Alaradi: The Canadian authorities have seen him three times – once was from across a room for less than a minute, where he was only allowed to confirm his name. We don’t consider this a real visit. The other two times have been very brief to check his status. We believe that the UAE authorities are not cooperating and have significantly restricted the Canadian mission in the UAE from offering consular services.

There was no communication with us, his family, until March, when he was given three phone calls. Each time he asked only about us and never spoke about himself or gave any details. All of the visits and phone calls have been monitored. He has had no access to lawyers.

Al Jazeera: How is your father’s health?

Alaradi: His condition is very critical. Recently, our family received information that he is experiencing a significant deterioration in his health. My father has a number of pre-existing conditions, including [having had] open-heart surgery and problems with his spine that have increased in severity as a direct result of his detention. He is suffering from chronic back pain and has been denied access to specialised medical care.

If his health conditions remain untreated and he continues to be denied medical aid, he will be at risk of permanent and irreversible damage to his spine. He has also suffered major weight loss, eye infections and bronchitis.

Al Jazeera: How has this affected your family life?

Alaradi: I am the oldest of four siblings. My younger siblings are unaware of my father’s detention; my mother and I tell them he is on a business trip. But they miss him, and it’s hard for us to conceal the truth.

My mother pretends that she is OK in front of [the children], but it hurts whenever they ask: When will he be back? We recently told my brother and he was devastated. I sometimes feel it’s all on me. I just finished 11th grade in Canada; I’m trying to study and run this campaign to raise my father’s profile. I’ve also travelled to Ottawa to meet with Amnesty International and other NGOs, and carried out press interviews.

I’ve had to spend six months in the UAE just waiting for news. At the end of the day, I’m fighting for someone I love who has done nothing wrong.

Al Jazeera: Your uncle, Mohammed Alaradi, was also detained along with nine other Libyans in the UAE at that time. What happened to him?

Alaradi: On the same day my father was taken, his brother Mohammed was also arrested and detained. After four months, my uncle was released and deported… [The] reasons for his arrest and release were never shared with us, and we consider them arbitrary.

According to my uncle, both he and the other detainees were regularly subjected to interrogation and torture. My uncle cannot live a normal life knowing his brother remains detained.

Al Jazeera: What support have you received internationally?

Alaradi: We have received lots of support, and we are grateful for that. Last week was the one-year anniversary of my father’s detention, and his ordeal has drawn international concern from media and human rights organisations, including Human Rights Watch, Amnesty International, [and others]. The Libyan government also issued a statement.

My father’s 365-plus days of arbitrary detention are not an isolated situation but are a highlight of the human rights violations taking place in the UAE.

Al Jazeera: What is Canada doing to secure his release?

Alaradi: Canada informs us that they are handling this very seriously, and the authorities have stood with us from the beginning. We are grateful, but at the end of the day, it is past 365 days, and he is not home.

Al Jazeera: Do you have any expectations of support from Libya?

Alaradi: While Libya is responsible to diplomatically intervene, we excuse the Libyan authorities because they are in political turmoil. Nevertheless, they have issued a statement.

Al Jazeera: Has your father ever been politically involved in Libya or otherwise?

Alaradi: He has no political affiliations and has never had any political involvement while in the UAE or Libya. He supported the revolution in Libya and its transition to democracy, like millions of Libyans. But he was not in Libya during the revolution or post-revolution and did not actively participate in this process.

Al Jazeera: What have you and your family been doing to raise awareness of your father’s case?

Alaradi: We stayed silent for the first six months of his detention, but now we believe that this did not help. It was done out of respect to allow for diplomatic channels to take their course. At the end of the day, we have no choice but to fight for the freedom and rights of our family member. We have no intent of disrespecting the UAE, but he needs to be reunited with his family.

People who want to support my father and family can sign our petition, follow us on Twitter and share our page on Facebook. We need to make the world aware that there are innocent men in UAE prisons who deserve the world to speak out on their behalf.

Abdussalam Alaradi, Marwa’s cousin, also contributed to the preparation of this interview. 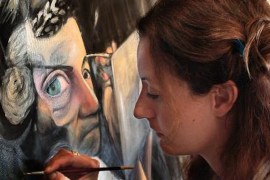 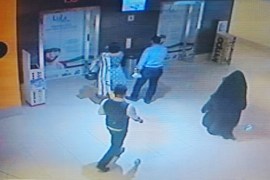 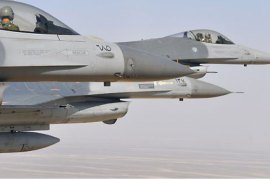