Eight policemen have been killed in Tajikistan after gunmen attacked state security buildings in the capital Dushanbe and the adjacent city of Vahdat, the country’s interior ministry said.

The violence, which is very rare in the Central Asian country, prompted the US embassy in Dushanbe to close on Friday.

It is not yet clear who was behind the attacks, but authorities claimed they were linked to the country’s opposition Islamic Revival Party (IRP), which was recently banned.

Nazarzod was a member of the IRP and a former opposition fighter who was brought into the Tajik armed forces under a 1997 peace deal.

Law enforcement officers had killed at least two of the attackers, one of whom was a state security official, and wounded three others, the ministry said. Six people were detained.

The US embassy said the clashes “may be precursors to other acts of violence” and advised Americans in the country to “shelter in place and not send children to school today”. 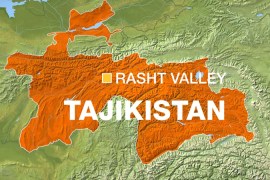 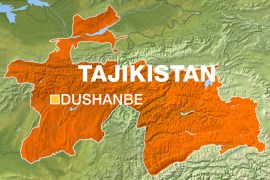 At least twelve soldiers killed and 20 wounded in clashes between state forces and fighters loyal to Tolib Ayombekov.