The Saudi interior ministry has announced that security forces have killed two suspected fighters from the Islamic State of Iraq and the Levant (ISIL) group and arrested another three during raids.

The raids were carried out in the capital Riyadh and the eastern city of Dammam, the interior ministry said in a statement on Monday.

The statement said the men belong to an ISIL cell that was planning to carry out “an imminent terrorist attack”, adding that one of the sites raided by security forces was a bomb-making factory.

The ministry also claimed that the ISIL group was involved in a suicide bombing that was carried out in a mosque at a police station in Abha back in early August that Left 15 people dead, the deadliest attack on Saudi Arabia’s security forces in years.

Among those arrested on Monday was Faysal Hamed al-Ghandi, a suspected ISIL member based in Riyadh. Additionally, Aqeel Ameesh al-Mutairy, who was wanted by Saudi authorities, reportedly died during clashes that broke out during the raids.

In May, ISIL claimed in an online statement that it was responsible for a deadly attack on a mosque in Qatif, a Shia-majority city in the eastern part of the country. A suicide bomber had set off an explosion in the mosque during weekly prayers, leaving at least 21 dead.

In November 2014, ISIL also took credit for the killing of eight people when gunmen attacked a Shia mosque in the eastern city of al-Ahsa. 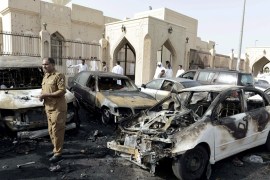 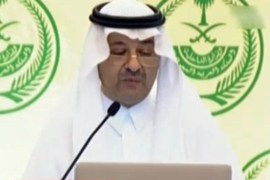