Thousands of people have staged a mass demonstration in Congo’s capital Brazzaville to protest against plans by veteran ruler Denis Sassou Nguesso to try to extend his rule.

Sunday’s rally was the biggest since Sassou Nguesso returned to power in 1997, an AFP journalist said, with protesters stretching for almost a kilometre along a main boulevard in the city centre.

If a planned referendum is approved on changes to allow Sassou Nguesso to run again – dubbed a “constitutional coup” by the opposition – he would be eligible to contest elections next year.

Sassou Ngeusso, a former rebel leader, announced on Tuesday plans for the referendum on the constitutional changes but gave no dates for the vote.

The 72-year-old president had previously convened a “national dialogue”, which came out “by a large majority” in favour of amending the constitution to remove an upper limit on the age of presidential candidates as well as the number of terms the head of state can serve.

The changes effectively pave the way for him to stand for a third term in 2016. Opponents have branded the forum’s conclusions a “constitutional coup”.

Thousands gathered in Brazzaville’s central Boulevard des Armees for a two-hour rally during which they shouted slogans such as “No to a third term”, “No to a constitutional coup” and “No to a referendum”.

The protest ended peacefully with the crowds then dispersing.

Sassou Ngeusso was president from 1979 until 1992. He then served as opposition leader and returned to power at the end of a brief civil war in 1997 in which his rebel forces ousted president Pascal Lissouba. 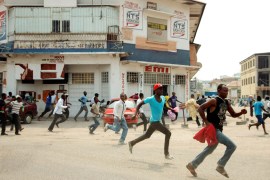 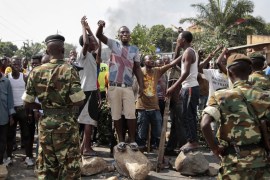 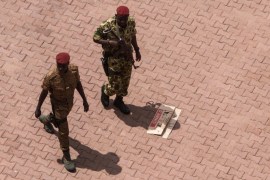