The agreement, which came during Xi’s first official visit to the US as Chinese leader on Friday, paves the way for a more comprehensive deal at this year’s UN summit on climate change in Paris.

The leaders emerged from the talks brandishing a joint statement committing their countries to emissions cuts and a “common vision … pointing toward a low-carbon transformation of the global economy this century”.

“The world’s two largest economies, energy consumers and carbon emitters come together like this, then there is no reason for other countries, whether developed or developing, to not do so as well,” Obama said.

For its part, China confirmed in a joint statement that it “plans to launch in 2017 a national emission trading system covering power generation, steel, cement.”

The US meanwhile highlighted the finalisation of its Clean Power Plan, which it said would “reduce emissions in the US power sector by 32 percent by 2030.”

China will also set aside $3.1bn as a fund to help developing countries fight climate change.

China is the world’s worst polluter and the US is the worst per capita.

Environmental activist group Greenpeace welcomed China’s commitment but said the US still faced obstacles living up to its pledges in Congress.

“With this deal, it’s clear China is ready to lead on climate. The old political excuses for inaction in Washington have become irrelevant. On the wave of moral inspiration after the Pope’s visit, US politicians should raise the level of their ambition.”

“If the US and China can agree on the urgency of tackling climate change, the world should find it possible to forge a successful deal in Paris.” 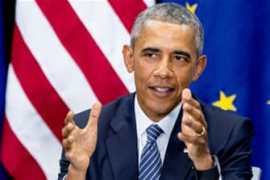 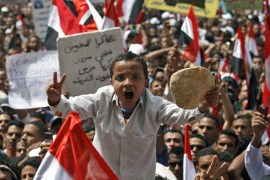 Global food shortages to become three times more likely due to climate change, according to report by US and UK experts.