The South African military has said it is withdrawing about 50 peacekeepers from a UN mission in Congo to face a court martial because they violated disciplinary codes, a military spokesman said.

The violations included leaving a base after curfew, Brigadier General Xolani Mabanga said on Thursday.

The troops were deployed in eastern Congo as part of a unit with a mandate to fight rebel groups, according to a South African military statement.

The statement said the personnel compromised the security of other South African troops and would face prosecution.

It said they violated not only the South African military conduct codes but also those of UN peacekeepers, the Associated Press news agency reported.

South African forces have been involved in peace efforts in Congo over the years. In 2013, South Africa announced it would contribute 1,345 troops to the UN’s “intervention brigade” in Congo.

The UN force’s strengthened mandate to fight rebels was credited with helping the Congolese army oust a rebel group known as M23 from the country’s embattled east.

UN peacekeepers first arrived in Congo in 1999 to observe a ceasefire and the withdrawal of foreign troops. 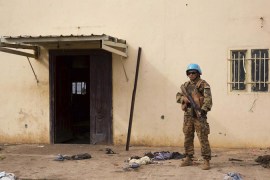 Two peacekeepers are in a critical condition after gunmen open fire in Darfur as violence rises in the region. 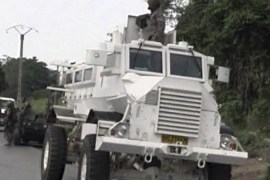