Flood warnings are currently in place for north-western Mexico and the US’ desert southwest after tropical depression Sixteen-E has drifted across the Baja California Peninsula, bringing torrential downpours in the process.

A final warning was issued for the system on Monday evening as the winds eased down. However, according to the National Hurricane Center, some parts of Arizona and New Mexico could yet receive up to 150mm of rain over the next few days.

This rainfall could lead to dangerous flash floods and mudslides, especially in mountainous areas. Even southern California can expect around 35mm of rain.

Back over the border, as much as 89mm of rain has been recorded in central Baja California during the last three days. On the other side of the Gulf of California, Mazatlan reported 123mm of rain in just 24 hours.

The heaviest is rain is now moving across eastern Arizona and into western New Mexico. We should then find the rain gradually easing as it moves through Colorado, towards the Northern Plains. 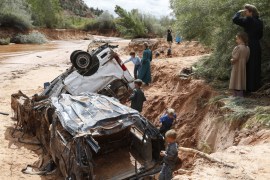 Sixteen dead in flash floods in US state of Utah

Four dead in Zion National Park after 12 people killed in nearby Hildale in heavy rain described as “100-year event”. 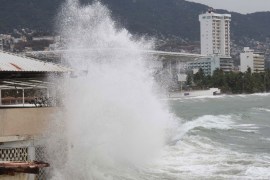 The third storm of the Pacific hurricane season sets its sights on southwest Mexico.