Republican presidential front-runner Donald Trump has said he was not morally obligated to defend US President Barack Obama after he let a questioner’s assertion that the US leader is a Muslim pass unchallenged.

In a rapid-fire series of tweets on Saturday, the billionaire real estate mogul responded to a barrage of criticism of his handling of the incident, which came from Democrats and one fellow Republican candidate, New Jersey Governor Chris Christie.

“Am I morally obligated to defend the president every time somebody says something bad or controversial about him? I don’t think so!” Trump said.

Trump, who helped fuel a “birther” movement in 2011 by repeatedly demanding Obama prove he was not born in Kenya, appeared to encourage a man at a campaign stop in New Hampshire on Thursday after he made the incorrect assertion about Obama’s faith.

“We have a problem in this country, it’s called Muslims. We know our current president is one, you know he’s not even an American,” the unidentified questioner said.

Trump chuckled and interrupted him to say: “We need this question. This is the first question.”

Putting himself in Trump’s shoes, Christie said he would have corrected the questioner and said: “No, the president’s a Christian and he was born in this country.”

Hillary Clinton, the leading Democratic candidate, called Trump’s handling of the incident “disturbing, and just plain wrong,” while White House spokesman Josh Earnest said it was no surprise because “the people who hold these views are part of Mr Trump’s base”.

But Trump did not back down, saying on Saturday it was the first time in his life he had caused a controversy “by NOT saying something”.

“If someone made a nasty or controversial statement about me to the president, do you really think he would come to my rescue? No chance!” he said in his Twitter barrage.

“If I would have challenged the man, the media would have accused me of interfering with that man’s right of free speech. A no-win situation!”

He also called Obama “horrible” in defending the “religious liberty” of Christians in the United States.

The belief that Obama is a Muslim is not uncommon, particularly among Republicans. A recent poll found that 29 percent of Americans believe it, as do 43 percent of Republicans. 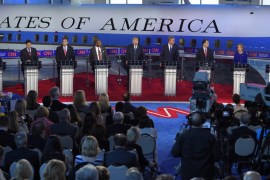 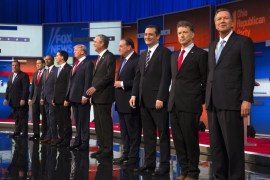