Another Guantanamo Bay prisoner has been released as part of the drawn-out effort to wind down and eventually close the detention centre at the US base in Cuba.

Younis Abdurrahman Chekkouri was sent to his native Morocco after more than 13 years in custody at Guantanamo, officials said on Thursday.

His release, which followed an intensive security review and notification of Congress as required by law, was the first from the prison since June.

The human rights group Reprieve, whose lawyers represented Chekkouri while he was in US custody, expressed concern that he was not immediately released upon arrival in Morocco as expected.

It was not clear how long he would be held by local authorities but prisoners released from Guantanamo in the past have spent several days to weeks undergoing medical checks and investigations before being freed by their own governments.

A representative of the organisation talked with one of Chekkouri’s brothers who reported the former prisoner “sounded OK and in good spirits”, Reprieve lawyer Cori Crider said.

“We are very happy to work with the Moroccans to get our client back on his feet,” Crider said. “I just want to make sure that he’s not held for an extended period of time.”

Chekkouri, 47, was captured by Pakistan in December 2001 as he fled Afghanistan with other suspected al-Qaeda fighters and was turned over to the US. He has been held at Guantanamo since May 2002.

Military documents show he was believed to have been an associate of Osama bin Laden and to have run al-Qaeda training camps in Afghanistan.

The US never charged him with a crime and he had been cleared for release by the Guantanamo Review Task Force since January 2010.

Chekkouri kept a low profile at Guantanamo. He took part in the mass hunger strike in 2013 but not for an extended period.

He spent most of his time in the communal areas of the detention centre, reserved for detainees deemed the “most compliant” by military authorities.

“It was basically his view that if he just kept his head down and was really nice to everybody that surely they would see that he wasn’t a bad guy and let him go,” Crider said. “It’s a shame that it took almost 14 years.”

His release reduces the prison’s population to 115, down by more than half since President Barack Obama took office and pledged to close the prison.

A review board on Thursday announced that it had approved the release of Faez Kandari, the last Kuwaiti at Guantanamo, to a rehabilitation centre in his country.

Earlier this month, it also approved the release of Omar Khalifa Mohammed Abu Bakr, one of four remaining Libyans at the prison. That brings the total cleared and awaiting final approval for release to 53.

Officials have recently said they are looking for potential sites inside the US to hold Guantanamo prisoners but would need Congress to lift a ban on transferring them to the US. 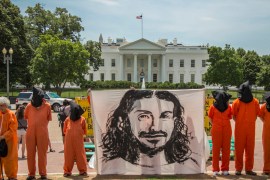 US will not release hunger-striking Guantanamo detainee 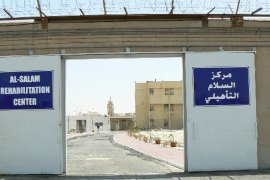 Fayiz al-Kandari has been held without charge for 14 years in US prison in Cuba, where he was allegedly tortured. 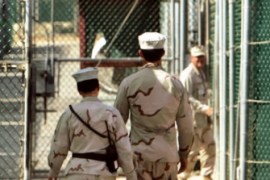 Obama administration has committed to shuttering military facility in Cuba, but major hurdles are in the way.