Federal authorities in Mexico have captured a suspected high-ranking drug cartel member who they says is implicated in last year’s disappearance of 43 college students in the state of Guerrero.

Sales called Lopez Astudillo, 36, the “intellectual author” of the students’ disappearance. He was arrested in the city of Taxco and is suspected of drug, extortion and organised crime offences.

In November, then Attorney General Jesus Murillo Karam said it was Lopez Astudillo who informed his drug gang boss, Sidronio Casarrubias Salgado, that rivals were causing trouble in the city of Iguala.

Casarrubias allegedly instructed him to defend their turf.

The government’s investigation maintains that local police in Iguala illegally detained the students from the Rural Normal School of Ayotzinapa on September 26, 2014, and turned them over to the Guerreros Unidos gang.

Authorities say they were killed and incinerated at a rubbish dump.

A recent report presented by a group of independent investigators has discredited many aspects of the official inquiry, such as discounting the possibility that the bodies were burned on a giant pyre at the dump. 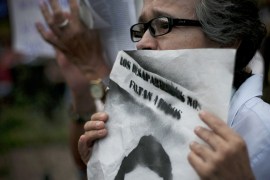 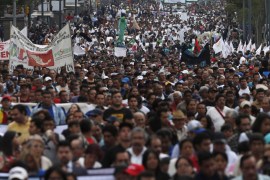