The UN body assisting Palestinian refugees in the Middle East is facing its most severe financial crisis yet, putting the school year for half-a-million students at risk.

The UN Relief and Works Agency (UNRWA) says it only has funding until the end of August, when the school year is due to start in beseiged Gaza, the occupied West Bank and Jordan.

UNRWA workers held a sit-in at the UNRWA headquarters in Amman on Wednesday to protest against a possible decision to suspend schools for Palestinian children across the region for four months.

The agency, which began its operations in 1950, provides assistance and protection for about five million registered Palestine refugees in the three areas, as well as Lebanon and Syria.

Ban Ki-moon, UN secretary-general, called on Tuesday on all donors to urgently ensure adequate and sustainable financing for vital services as soon as possible.

Presently, the agency requires $100m to begin the 2015-2016 academic year in some 700 UN-run schools for half-a-million students across the Middle East.

More than a $1bn has been pledged by governments by the end of 2014, and UNRWA urged donors, many of whom have still not fulfilled their commitments, to act immediately.

The agency said currently it has enough money to maintain its services to protect public health – which includes immunisations for children, primary healthcare, relief and sanitation and some emergency programmes – through to the end of 2015. 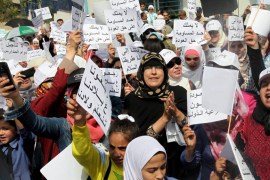 Schools across the region, considered one of agency’s most successful projects, might have to delay new academic year. 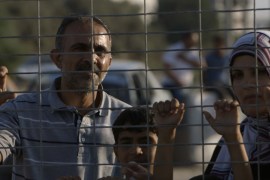