Syria’s embattled government has inaugurated a park in Damascus, which was named after North Korea’s founding father Kim Il-sung.

The 9,000-square-metre park lies in the southwestern Damascus district of Kafr Souseh, atop the ruins of recently bulldozed homes.

The street adjacent to the park is also named for Kim and stretches for one kilometre.

Syrian state news agency reported on Monday that the ceremony was held to mark the 70th anniversary of forming the Workers’ Party of Korea (WPK).

The opening ceremony on Monday, which came as Islamic State of Iraq and the Levant (ISIL) fighters battled rebels in a district in southern Damascus, was attended by deputy Foreign Minister Faisal Mikdad.

He called Kim, described by rights organisations as a brutal dictator, “a historic ruler and leader, famous for his struggle to liberate and build his country”.

“For this reason, he deserves to be honoured in Syria,” Mikdad said.

In response to a question about the international community’s criticism of the North Korean founder, Mikdad told AFP news agency that “whoever criticises [Kim] is absurd and stupid”.

Mikdad asserted that the relations between Syria and North Korea are strong, lauding the Korean support for Syria in the face of “terrorism” and affirming the need to improve bilateral relations.

‘Expression of respect and love’

North Korea’s ambassador to Syria Jang Myong said the park was “an expression of the respect and love that Syria, as a party, a government, and a people have for the great leader Kim Il-sung”.

Syria’s conflict is “the result of the conspiracies and plans of the US … to bring down the legitimate and independent government, and to exert a monopoly over the Middle East”, he said.

Syria’s war began with peaceful anti-government demonstrations but has spiralled into a brutal civil war, leaving more than 240,000 people dead.

North Korea, which has pushed ahead with its nuclear and missile programmes, is under multilayered UN sanctions and diplomatic isolation.

It has maintained military ties with the Syrian government for several years, helping it build a nuclear facility that was destroyed by an Israeli raid in 2007. 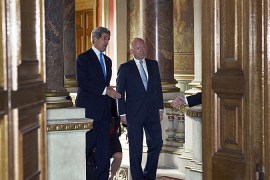 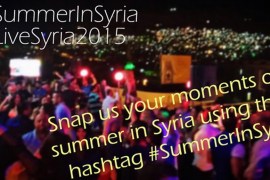