But in the city centre, in the neighbourhood of Basmane, the hundreds of people camping in the streets are drawn to the Aegean Sea for vastly different reasons. They are refugees, most fleeing the wars in Syria and Iraq, trying to cross to Greece and find refuge in Europe.

Greece has seen a big influx of refugees from Turkey, including more than 50,000 in July alone. Turkey’s proximity to Greece makes cities like Izmir hotspots for refugees, who are often told that the gates to Europe lie just 40 minutes away.

Hotels and restaurants in Basmane, once filled with tourists, are now crammed with refugees – as are alleys, bus stops and parks.

Never in our lives have we thought of leaving Syria, but now we must go.

Khaled, 51, fled Damascus in 2012 after the Syrian army besieged his house. Three years later, the end of the civil war is nowhere in sight, and Khaled now lives on society’s fringes, struggling to make a living. Lying on a blanket in a playground in Basmane, Khaled – whose name, along with those of other refugees interviewed for this story, has been changed to protect his identity – and his family of seven say they are waiting for smugglers to take them to Greece.

“Camps are too bad nowadays,” he told Al Jazeera.

Turkey, which has an open-door policy for Syrian refugees, is currently hosting two million of them – about 45 percent of all refugees from the country.

“All Syrians staying here would go back to Syria if the war ended now,” Khaled said. “Never in our lives have we thought of leaving Syria, but now we must go.”

In Damascus, Khaled had a three-bedroom house, a job at the airport scheduling aircraft arrivals, $300,000 worth of property and even a summer house. But, he explained, “the army took everything and sold it in the market”.

At first, life in the camp in Suleiman Shah, near the Turkish town of Akcakale, was good compared to the situation in Syria. “The government gave us food, tents to stay in the camp and food cards,” he said. But today, “there are a lot of Syrians, and there is no place [in the camps]”.

Ahmed, 38, fled Syria in 2013 from Deir Ezzor with his wife and four children. Khaled and Ahmed have partnered up for the perilous journey ahead. “The children haven’t studied in four years, and the war may go on for 10 more,” Ahmed told Al Jazeera. He said education is important to him – his oldest child is nine years old – but there are no actual schools in the camp and dozens of students for each teacher.

Unable to work and striving to make ends meet on stipends of just 85 Turkish lira ($30) a month for each person in the camp, both Ahmad and Khaled left in search of work. “A lot of people work for nothing,” said Khaled. “Doctors and engineers work in construction.”

Syrian refugees are not granted special work permits in Turkey, therefore, many work illegally and earn lower wages than their Turkish counterparts. “Women work, even the children work,” he said. “Life is too expensive. If we want to live, all of us need to work.”

According to the men, most Syrian refugees work in construction. “Most people work for nothing,” said Ahmed. “Turkish people made 80 lira [$27] and they gave us 20 [$6.80]… We are going to Europe, and wherever we arrive, we will stay. We just want to go out far away from here.”

The boat to Greece will cost the men $1,100 a person. Children under five are allowed to board for free.

“We only have money to reach Greece. Afterwards, we don’t know what we’ll do,” said Khaled. The men estimate that their journey to Europe – with their final destination unknown – will cost another $3,000 for each person. “When I arrive to Europe, I will work it out… We may die on the way, but we don’t have a choice.”

The families attempted to cross the sea once before but were caught by authorities before climbing into a boat. They spent a night at a police station, where they were processed and told to leave Turkey.

At least 7,000 refugees are currently stranded on the Greek island of Kos, and hundreds more – mostly Syrians, but also Afghans and Iraqis – are waiting to follow. Earlier this month, about 2,500 refugees were locked inside a stadium in Kos without access to water. But for many, the perils of the journey are balanced by the prospect of a future in Europe.

Summer is the prime season for refugees to risk their lives, taking inflatable dinghies across the Mediterranean. But Khaled and Ahmed do not fear capsizing as much as the possibility that the coastguard patrolling the sea may send them back to Turkey.

So far, Turkey has spent over $5bn on humanitarian aid for Syrian refugees, allowing many men, women and children to reach safety. But even so, many are finding that life in Turkey is not easy. “We were running from death, and we are finding death here,” Khaled said. 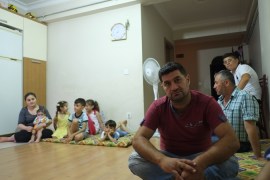 Turkey’s ‘other’ refugees languish in limbo 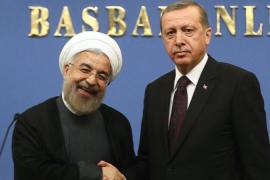