Ramallah, occupied West Bank – Tensions remain high in the occupied West Bank as the Palestinian Authority (PA) continues to build up its case against Israel in the International Criminal Court (ICC), accusing Israeli security forces of gross human rights abuses, including a number of recent incidents.

However, analysts question whether the PA has the political will or the mandate to follow through with challenging Israel at the ICC.

“[The PA] will come under too much economic and political pressure, both regionally and abroad,” political scientist Samir Awad of Birzeit University, located near Ramallah, told Al Jazeera. “Furthermore, the PA can’t talk in the name of all Palestinians, as they don’t speak for Hamas, the unity government has failed, and PA President Mahmoud Abbas’ mandate expired long ago.”

Analysts have also been questioning whether the preliminary investigation into alleged Israeli war crimes, which is currently under way, will actually see Israel held accountable before the international community.

OPINION: Palestine at the ICC: Of course Israel hates it

The PA applied to join the ICC in June 2014 and became a member this past April. The ICC began a preliminary investigation into Israel’s alleged war crimes on May 16.

“The Palestinian leadership has provided the ICC with documentation relating to apartheid, illegal settlements in [the] West Bank and East Jerusalem, and crimes associated with the settlement regime,” said Tahseen Elayyan from the Palestinian human rights organisation Al-Haq in Ramallah. “There are 23 counts in all, including seven war crimes relating to last year’s Gaza war.”

ICC prosecutor Fatou Bensouda will review the documents provided by the PA to decide whether individual Israelis should be charged with war crimes. The process could take several years.

Due to an uptick in violence in the West Bank over the past few months, however, several other counts have recently been added to the PA’s ICC file.

The murders of Palestinian infant Ali Dawabsheh and his father Saad, in the West Bank village of Duma, following an arson attack on their home by Israeli settlers in July, is one such case.

To date, no deterrence has worked with Israel, even though Palestinians are killed nearly every day. So we have to be patient.

Another case involves Laith al-Khaldi, 15, who was killed when Israeli soldiers shot him in the back after he threw stones at a military tower near Birzeit during clashes between Israeli soldiers and Palestinian youth protesting against the Dawabsheh killings.

“President Abbas said he would add the murder of our son Laith to the ICC file,” said Samar al-Khaldi, who lives in Jiffna village, near Ramallah.

Anger at mounting Palestinian casualties has spilled into regular protests and clashes in the Palestinian territories. More than 25 Palestinians have been killed by Israeli security forces since the beginning of the year, with four deaths in July alone. Many of the deaths involved Palestinians being shot in the back or killed under dubious circumstances that are disputed by Palestinians and the Israeli soldiers involved.

Over a three-day period in August, “lone wolf” revenge stabbing attacks by individual Palestinians against Israeli soldiers resulted in the shooting deaths of two of the perpetrators, and the injury of a third.

In light of the rising unrest, Israeli military authorities recently tightened their rules of engagement, ordering troops not to shoot at Palestinian protesters unless their lives were endangered.

Both the Israelis and the PA are so worried about the outbreak of a third Intifada, or uprising, that Abbas met Israeli opposition leader Isaac Herzog on Tuesday in Ramallah to discuss how to prevent more violence.

Disgruntled Palestinians commenting about the meeting on Facebook, in discussions with Al Jazeera, and during protests in Ramallah, pointed out that Abbas seemed more interested in his own political survival – and that of the PA – than in pursuing Israel at the ICC, especially at a time when the Palestinian street increasingly believes peace talks with Israel are pointless.

“We are sick of Abbas and his cronies. They only care about their own power and money, not about their people,” Ramallah-based protester, Samer, told Al Jazeera.

But Abbas also faces economic and political pressure, even if he chooses to pursue the ICC case.

“The economic pressure on the PA – which is largely dependent on foreign aid for survival – includes jeopardising the $400m in annual US economic aid, as well as political pressure from the Americans, Europeans and Arabs aligned with the US,” Awad said.

Israel has categorically stated that if the PA wants peace talks to resume, unilateral action – such as pursuing Tel Aviv at the ICC – will not help matters. “We want a long-term agreement with the Palestinians based on mutual trust, not one-sided political steps,” Israeli deputy foreign ministry spokesperson, Alon Melchior, told Al Jazeera. “We believe the international community will put pressure on the PA to stop their ICC steps, as it is in their interest, too.”

In an effort to circumvent possible war crime charges, Israel has expanded its own investigations into the Gaza war, as the ICC does not prosecute countries or leaders who are sanctioned by their own legal systems.
However, Elayyan pointed out that most of Israel’s recent investigations involved petty crimes, such as stealing credit cards from Palestinians in Gaza, or blaming rogue Israeli soldiers for carrying out atrocities as exceptions to the rule.

“The PA might not succeed in bringing Israelis to justice, but they have taken important first steps in exposing war crimes,” Elayyan told Al Jazeera. “To date, no deterrence has worked with Israel, even though Palestinians are killed nearly every day. So we have to be patient.”

For its part, Israel will have to decide whether it will cooperate with the ICC. If it refuses to do so, it risks further isolating itself and inviting more international condemnation. 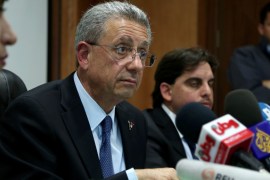 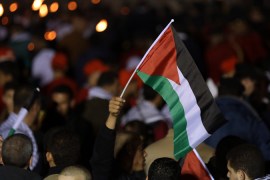 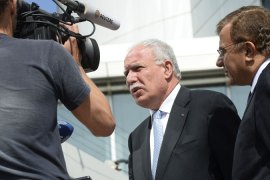