Malaysia will seek help from territories near the Indian Ocean island where a suspected wing part from the missing Malaysia Airlines jet was discovered in an attempt to find more plane debris.

A new piece of debris, meanwhile, found on Sunday on the French island of Reunion did not belong to a plane, Malaysian Director General of Civil Aviation Azharuddin Abdul Rahman told news agencies AP and AFP, amid reports that a new part was found.

Rahman, who is in France for the analysis of the wing part, told AFP one item “was actually from a domestic ladder. It is not a door”.

And a source close to the investigation in Paris said “no object or debris likely to come from a plane” had been placed into evidence on Sunday.

Identified as from Boeing 777

Malaysian Transport Minister Liow Tiong Lai told AFP that civil aviation authorities were reaching out to their counterparts in other Indian Ocean territories to be on the lookout for further debris that could provide “more clues to the missing aircraft”.

He had confirmed in a statement that the wing part had been “officially identified” as from a Boeing 777 – making it likely that it was from the missing Malaysia Airlines flight, as MH370 is the only missing Boeing 777.

The identification was verified by French authorities together with Boeing, the US National Transportation Safety Board and a Malaysian team.

The wing flap was found on Wednesday on Reunion. It arrived on Saturday at a French military testing facility for analysis by experts.

Experts will try to establish whether the part comes specifically from Flight 370, which disappeared on March 8, 2014, while en route from Kuala Lumpur to Beijing with 239 people on board, about two-thirds of whom were Chinese.

The experts are expected to start their inquiry on Wednesday. On Monday, an investigating judge will meet with Malaysian authorities and representatives of the French aviation investigative agency, known as the BEA.

Liow said Malaysia’s Department of Civil Aviation was reaching out to authorities in territories near Reunion to allow experts “to conduct more substantive analysis should there be more debris coming on to land, providing us [with] more clues to the missing aircraft”.

“I urge all parties to allow this crucial investigation process to take its course. I reiterate this is for the sake of the next of kin of the loved ones of MH370 who would be anxiously awaiting news and have suffered much over this time,” Liow said. “We will make an announcement once the verification process has been completed.” 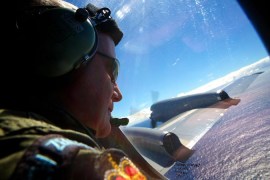 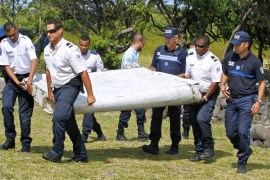 Suspected wing of MH370 arrives in France for tests

Wreckage washed up on island in Indian Ocean to be analysed, raising hopes of solving mystery of missing Malaysian jet. 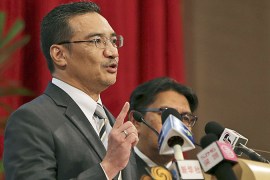 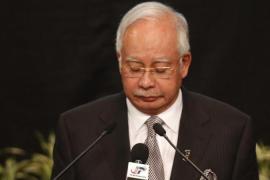 Malaysian PM informs families of those missing on flight MH370 that the plane likely crashed in ocean west of Australia.