The Middle East is facing a water crisis, according to a new report by the World Resources Institute.

The Washington DC-based non-governmental organisation says that, by 2040, the region will experience eight of the 10 worst droughts in the world. Saudi Arabia, Qatar, and Israel will be among the worst affected.

Many countries will have to stop growing their own food. Saudi Arabia, for example, will entirely depend on grain imports by 2016, the report says.

And the lack of water will continue to make conflicts worse in Syria, Palestine, Iraq and elsewhere.

Al Jazeera’s Nisreen El Shamayleh reports from Jordan where, due to the influx of refugees from Syria, the situation is already critical. 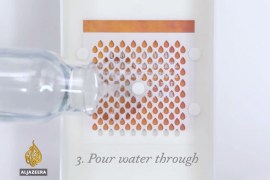 Advanced filter paper made of silver nitrate proven to check waterborne diseases such as cholera, e-coli and hepatitis. 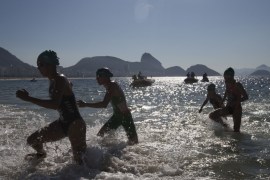 Rio’s dirty water ‘not a big problem’ for swimming boss