Saudi Arabia has executed four people in one day, bringing the total number of those killed in the country within the last 12 months to at least 178.

The deaths on Wednesday came a day after the rights group Amnesty International urged a moratorium on rising executions in the kingdom.

The country’s interior ministry said three Saudis and a Syrian were executed for crimes including murder, and drug smuggling.

Saudi Nawaf al-Otaibi was executed in the western city of Taif after being convicted of shooting dead his father in a dispute, the interior ministry said.

Fellow Saudis Bandar al-Ghathim and Abdulaziz Mohammed al-Zahrani were executed in the southwest for murder, the ministry said in statements carried by state news agency SPA.

Syrian Ezzeddine al-Saleh was executed in the northern Jawf region for trafficking in amphetamines, the ministry said.

Figures collated by the AFP news agency from interior ministry statements put the number killed in 2015 at 127, a significant increase on the figure for 2014, which saw 83 people killed.

Those convicted are usually executed beheaded or shot by firing squad.

A report by Amnest International on Tuesday put the number executed by the Saudi government between 1985 and June 2015 at 2,208, with nearly half those killed foreigners.

The use of the death penalty is horrendous in all circumstances, and is particularly deplorable when it is arbitrarily applied after blatantly unfair trials.”

The group called on Saudi Arabia to reform its legal system and bring its criminal justice system in line with international standards. 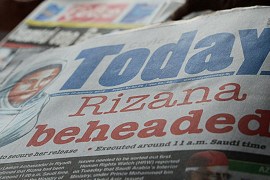 At least 90 people reportedly executed so far this year in the kingdom, more than the entirety of 2014. 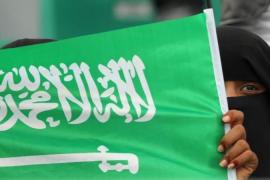