The acclaimed British scientist Stephen Hawking has put forward a theory that could resolve one of the most significant paradoxes facing theoretical physicists – what happens to physical information after it enters a black hole.

Speaking at a conference in the Swedish capital on Monday evening, the scientist said black holes could not swallow and destroy physical information, as Einstein’s theory of relativity would predict.

Hawking also suggested that there could be a way out of a black hole.

“If you feel you are in a black hole, don’t give up. There’s a way out,” Hawking said.

“The message of this lecture is that black holes ain’t as black as they are painted. They are not the eternal prisons they were once thought. Things can get out of a black hole both on the outside and possibly come out in another universe.”

The Cambridge University professor, and his colleague Professor Andrew Stromberg from Harvard University, propose that information in black holes is stored as 2D holograms, known as super translations, which contained “all the information that would be otherwise lost”.

“The information is not stored in the interior of the black hole as one might expect, but in its boundary – the event horizon,” Hawking said, referring to the outer perimeter of the object, which represents its point of no return.

The theory presented at the KTH Royal Institute of Technology seemingly resolves the contradiction between Einstein’s belief that information entering black holes is destroyed and the rules of quantum mechanics, which hold that information is eternal and so cannot be destroyed.

Black holes are the remains of stars that have died and collapsed in on themselves into a small core, creating a gravitational pull that overwhelms all other forces, and from which light cannot escape.

Hawking suggested that some black holes could provide an exit, or gateway, to alternate universes.

“The existence of alternative histories with black holes suggests this might be possible … the hole would need to be large and if it was rotating it might have a passage to another universe. But you couldn’t come back to our universe,” he said.

“So although I’m keen on space flight, I’m not going to try that.” 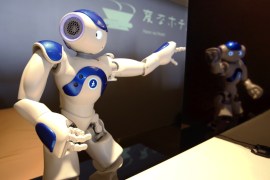 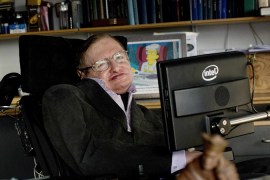 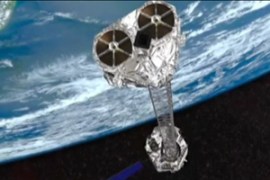 Astronomers hope telescope will reveal black holes and exploding stars in a way never seen before.