Sunday marks the 71st anniversary of the mass killings of Europe’s Roma, an event which countries in Central Europe remain reluctant to acknowledge.

It is believed 500,000 Roma people were killed by Nazis but historians in Hungary say many more Roma may have died than previously thought. 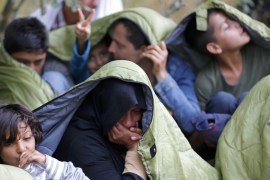 Four-metre high fence being constructed along border with Serbia after unprecedented number of immigrants enter country.