The website of Cairo’s airport has been hacked as Egyptians marked the second anniversary of the mass killing of demonstrators in the capital.

The incident, where security forces shot dead at least 850 supporters of ousted president Mohamed Morsi as they dispersed a protest camp in Cairo’s Rabaa al-Adawiya Square, has remained a rallying point for the country’s Muslim Brotherhood opposition.

As police prepared on Friday for possible protests to mark the two-year anniversary of the incident in Cairo, visitors to the Cairo-airport.com website were directed to a page that read:

“The revolution continues, and the earth does not drink blood,” said the page, which bore the sign used by the protesters in Cairo’s Rabaa al-Adawiya Square.

By Friday afternoon, the homepage of the airport website was blocked entirely.

The apparent hacking came as police bolstered their presence in the capital in anticipation of protests after Friday’s Muslim prayers.

Two years on from the incident, no police officers have faced trial over the killings in Cairo’s Rabaa al-Adawiya Square, but leaders and members of Morsi’s Muslim Brotherhood have.

About 10 police were killed during the dispersal, after coming under fire from several gunmen in the sprawling camp on a crossroads in eastern Cairo when they moved to break it up.

The New York-based group on Friday called on the United Nations Human Rights Council to launch an inquiry into the killings.

“Washington and Europe have gone back to business with a government that celebrates rather than investigates what may have been the worst single-day killing of protesters in modern history,” deputy Middle East director Joe Stork said.

In Egypt, however, the government has always defended the dispersal of the protesters, insisting that the Muslim Brotherhood members were armed “terrorists”.

Morsi, the country’s first democratically elected leader, ruled for only a year before mass protests prompted the military to overthrow and detain him. He has since been sentenced to death.

President Sisi, the former leader of the army, had pledged to eradicate Morsi’s Muslim Brotherhood.

The group has been blacklisted and most of its leaders arrested, severely restricting its ability to mobilise followers in protests. 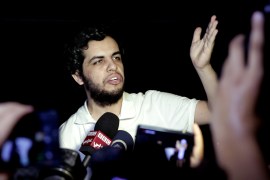 Reflections on Rabaa: ‘My life was changed forever’ 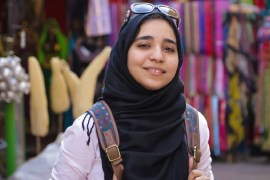