The US has only trained about 60 Syrian opposition fighters to battle the Islamic State of Iraq and the Levant (ISIL), far below expectations, Defence Secretary Ash Carter has told Congress, citing rigorous vetting of recruits.

The programme, which launched in May in Jordan and Turkey, was designed to train as many as 5,400 fighters a year and seen as a test of President Barack Obama’s strategy of engaging local partners to combat ISIL fighters.

Carter’s acknowledgement on Tuesday of the low number of recruits will give ammunition to critics who say Obama’s strategy is too limited to have any influence on Syria’s conflict.

“Given the poor numbers of recruited and trained Syrian fighters thus far, I am doubtful we can achieve our goal of training a few thousand this year,” said Republican Senator John McCain, the chairman of the Senate Armed Services Committee.

Some Syrian rebel leaders say the force the US is training risks sowing divisions and cannot succeed without directly targeting Syrian government forces, who are currently off-limits for US offensive operations.

Obama was briefed by his top military commanders at the Pentagon on Monday.

He said at a news conference later that “we will do more to train and equip the moderate opposition in Syria,” but did not offer details.

Carter told Congress the number of recruits would increase as the US learned how to better streamline vetting.

“We are also refining our curriculum, expanding our outreach to the moderate opposition, and incorporating lessons learned from the first training class,” Carter said.

Obama has yet to announce whether he will go beyond supplying and financing the proxy force, and protect them with US fighter jets if they clash with Assad’s forces.

The US is already conducting near daily air strikes against ISIL targets in Syria and Iraq. 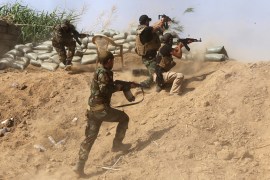 Iraqi and Syrian forces ramp up attacks on ISIL 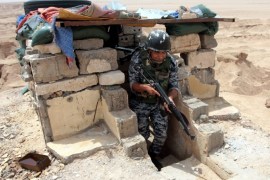 Obama: No complete strategy yet on training Iraqis

President says forces without US assistance are often ill-equipped in fight against ISIL and suffer from poor morale. 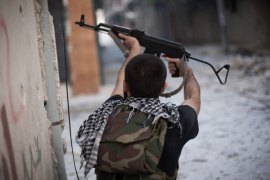 US and Turkey to train and equip Syrian rebels

Hundreds of troops will train and equip opposition fighters at sites outside Syria to boost offensive against ISIL.