A Canadian pastor being held in North Korea has admitted to planning “subversive plots” against the communist nation during a public interrogation, Pyongyang’s official news agency reported.

Reverend Hyeon Soo Lim, of the Light Korean Presbyterian Church in Toronto, was arrested by North Korean authorities in January just after he arrived from China, according to Canadian consular officials.

Pyongyang’s KCNA news agency said late on Thursday that Lim had admitted to carrying out “subversive plots and activities in a sinister bid to build a religious state in the DPRK”, using North Korea’s official name.

“I have so far malignantly defamed the dignity and social system of the DPRK, pursuant to the scenario of the US and the South Korean regime,” Lim was quoted as telling officials, media, and diplomats at the People’s Palace of Culture.

“I delivered a ‘report on what is going on in North Korea’ before tens of thousands of South Koreans and overseas Koreans at sermons on Sundays at my church and during preaching tours of more than 20 countries,” KCNA quoted him as saying.

In a statement provided by his church on Thursday, Lim’s family said it had no comments regarding the charges and allegations made against Lim “except that the humanitarian aid projects that Mr Lim has both initiated and supported in the DPRK have been for the betterment of the people”.

South-Korean born Lim has visited North Korea more than 100 times since 1997 and has helped establish an orphanage and a nursing home there, according to the church. He has lived in Canada since 1986 and is a Canadian citizen.

Pyongyang views foreign missionaries with deep suspicion and, while it allows some to undertake humanitarian work, anyone caught engaging in any unauthorised activities faces immediate arrest. 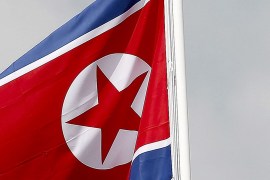 Hyeon Soo-lim had been invited to Pyongyang but has not been heard from for a month since arriving, fellow pastor says. 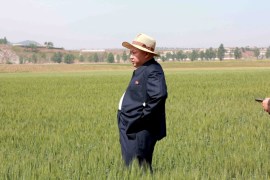 North Korea hit by the worst drought in a century

Country expected to face famine if unusually dry weather continues as 30 percent of its rice paddies dry up.