At least one person has been found dead as about 1,500 migrants desperate to reach England made a renewed attempts to enter the Eurotunnel terminal overnight in the French port town of Calais, a police source has told the AFP news agency.

“Our team found a corpse this morning and the firefighters have confirmed the death of this person,” added a spokesman for Eurotunnel on Wednesday.

According to the France Info website, the man who died on Tuesday night was identified as being Sudanese and aged between 25 and 30. The website reported that he had been hit by a lorry.

On Monday, about 2,000 migrants had also tried to enter the terminal, causing serious delays to Eurotunnel train services.

“It [Monday’s attempt] was the biggest incursion effort in the past month and a half,” said a spokesman for Eurotunnel, which is battling often deadly efforts by migrants to smuggle into Britain.

The migrants were trying to enter the site “between midnight and 6:00am”, the Eurotunnel spokesman said.

“All our security personnel, that is nearly 200 people, as well as police were called in,” he added.

French Interior Minister Bernard Cazeneuve, on a trip to London to discuss the migration issue, confirmed Monday’s figures, telling AFP on Tuesday: “There were some arrests and it all passed off without a fuss.”

“This is very concerning,” he told reporters during a visit to Singapore, adding that “we are working very closely” with French authorities to address the situation.

He added that Interior Minister Theresa May will chair a meeting of the government’s Cobra emergency committee to discuss the matter.

Cameron said Britain was “doing everything we can” to prevent such incidents, including investing in fencing around the area, adding he did not want to “point fingers at people to blame”.

French Interior Minister Bernard Cazeneuve was in London on Tuesday to hold talks with his counterpart on how to tackle the migrant issue, which has been a thorn in the side of Franco-British relations for years.

Security at the Calais port was stepped up in mid-June, driving migrants who previously tried to stow away on trucks that take ferries across the Channel to try their luck smuggling through the undersea tunnel.

The Eurotunnel company itself is seeking $10.67m from the British and French governments in compensation for disruption caused by the migrants. 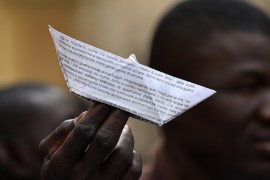 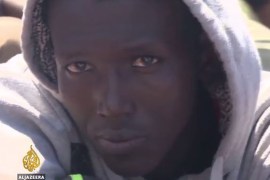