The Swedish Federation for Lesbian, Gay, Bisexual and Transgender Rights[RFSL] and Pride organisers issued the following statement as a response to the alternative Pride parade organised by Jan Sjunnesson, former editor-in-chief of Samtiden, a web-magazine by Sweden Democrates, and contributor to the site Avpixlat. Here is the statment in full:

During Stockholm Pride we manifest together in support of equality and against hatred against LGBT-persons, racism and sexism. We never engage in this together with actors who doesn’t respect the inviolable value of everyone. That’s why we are distancing ourselves from the initiative called “Pride Järva”, organised by Jan Sjunnesson, former editor-in-chief of Samtiden, a web-magazine runned by Sverigedemokraterna, and contributor to the racist site Avpixlat.

Jan Sjunnesson has during a long time made himself known as a person who’s spreading hatred towards Muslims on social media och who’s not supporting LGBT-rights. The magazine Expo published, in February, a compilation in which they, among other things, showed how Sjunnesson, with positive comments, had shared an American film where Muslims were described as paedophiles and homosexuals and a “satanistic threat against society” who should be deported.

Pride is the most visible part of the LGBT-movement, with its roots in a revolt against the opression in society against some of the most vulenarable, among others transgender women and homeless LGBT-persons. This is our party, and it’s about rights and our lives. Pride is not to be used in other purposes.

Both Stockholm Pride and RFSL involves anti-racism and feminism as a starting point for its work. In this context there’s no room for actors or persons who are basing their involvement on ideologies where people are assigned different values. Pride is needed everywhere and the rights of all LGBT-persons are important, regardless of where they live, where they come from or their religion.

Everyone should be able to live their lives on their own terms, without having to hide who you are. It is with great joy we’ve seen so many Pride festivals be organised in Sweden during the last couple of years. A lot of these festivals are arranged by LGBT-persons who indeed have fought for being able to keep on living in the place where they want to live and who doesn’t want to feel forced to move just because they have experienced homophobia or transphobia.

Both Stockholm Pride and RFSL are working regionally, nationally and internationally supporting initiatives aiming to create more diverse venues. Together we support each other and highlight LGBT-persons organising themselves in order to fight for their own rights. We’re hoping for more Pride-festivals all around Sweden and also all around in the Stockholm metropolitan area.

The struggle for equality is a shared struggle. Power structures and oppression goes hand in hand. That’s why an active work against all forms of discrimination, as racism and sexism, is an obvious part of the LGBT-struggle and an important part in the work of Stockholm Pride and RFSL.

That’s why we’re saying no to actors who don’t share our basic values. No racist forces are welcome in any part of our activities. Our organisations and our festival are supposed to be a place for all LGBT-persons and for our friends. 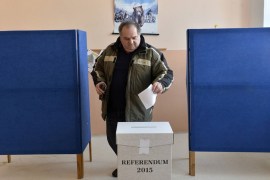 Voters in favour of further restrictions but only 21.4 percent of people turned out, less than the 50 percent required. 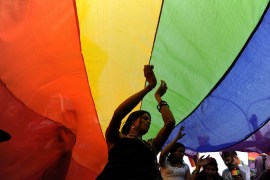 Judges turn down bunch of petitions that had sought a review of the December 11 verdict criminalising gay sex. 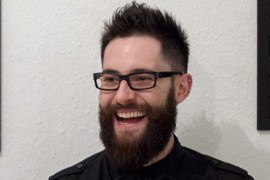