As a little boy Fayiz al-Kandari would give half of his allowance to the poor. When Saddam Hussein invaded Kuwait, the teenager handed out food and supplies to those in need.

A decade later as a young man he went to volunteer in an Afghan village. Kandari helped build two wells and worked to repair a mosque, according to his family and lawyers.

His trip to Afghanistan in 2001 was in part an offering for his mother who had cancer.

Then came 9/11. Fourteen years later, Kandari – the last of 12 Kuwaitis held – sits in a cell in the US prison at Guantanamo Bay, Cuba. He is now a 40-year-old man who is desperate to be reunited with this aging parents and younger siblings – who are all now grown.

“He wants to catch up on lost time,” his cousin Abdullah al-Kandari told Al Jazeera. “He misses his family a lot.”

On Monday Kandari’s case was heard again before the Periodic Review Board – a parole-like hearing in front of a senior US interagency panel to determine if a prisoner should continue to be held. A decision is expected in the next 30 days.

Kandari is not currently charged with any crime, but the US had decided previously that he should not be repatriated. The US has alleged among other things that Kandari is a Kuwaiti al-Qaeda recruiter and propagandist who probably served as Osama bin Laden’s spiritual adviser.

The only prisoner who appears to have made such allegations against Kandari was Yasim Basardah, according to the most recent publicly available Department of Defense Joint Task Force assessment released via WikiLeaks.

Basardah’s testimony has been put in question. Even a US military official voiced strong doubts about Basardah’s credibility – telling The Washington Post that he “should not be relied upon” and believing Basardah “strains the imagination”.

More than a dozen allegations against Kandari in the JTF report come from this one discredited prisoner.

Other allegations come from Guantanamo prisoners who were tortured, according to a Senate report.

Adel al-Zamel, another prisoner who “testified” against Kandari, told Al Jazeera he did not know Kandari so he could not have made damning statements about him – unless he did so under duress and therefore does not recall them.

Still other prisoners’ accounts in the JTF report do not square with travel dates in Kandari’s passport, according to his lawyers. Independent experts have also cited credibility issues with the US claims against Kandari.

In 2001 Kandari said he was imprisoned by the Northern Alliance in Jalalabad. While there he said: “The international community is mistaken about Arabs in Afghanistan,” according to a book by New Yorker reporter Jon Lee Anderson.

“Not all are here for Osama bin Laden… I came to Afghanistan to help Muslims. I came to dig wells.” Kandari added that he thought bin Laden’s policies were against the Quran, but that the US should not be attacking Muslims.

Kandari was passed from Kabul to Bagram and then to Kandahar and finally rendered to the US prison at Guantanamo Bay. He had been sold – along with many other Arabs – to the US for bounty, his lawyers maintain.

Kandari was tortured, according to what he has told his lawyers.

At his last review hearing, the PRB felt Kandari had “residual anger against the US”. His lawyer Eric Lewis told the PRB he does not.

“No one can be happy about spending 13 and a half years [in Guantanamo]. No one should be. That is human nature. But Fayiz bears no anger towards America or Americans.”

In November 2014, fellow Kuwaiti Fawzi al-Odah was repatriated and sent from Guantanamo to the Al Salam Rehabilitation Center in Kuwait for reintegration counselling and physical therapy. He is by all accounts adjusting well to his life back home.

When his rehabilitation process concludes, likely in late 2015, Odah will move into a flat at his father’s place and work – and hopefully start a family. Odah’s situation has changed Kandari’s outlook, according to what Lewis told the board. “When a man has hope, he is a different man. Fayiz has hope.”

This is acceptable to Kandari who thinks the rehabilitation would help him to become a good, contributing member of his society, according to his family. They cannot bear to think about him not being cleared for transfer. It has been more than six years since US President Barack Obama promised to close the prison.

Kuwait for its part is “looking forward to receiving [Kandari] back … and is committed to making sure he reintegrates well”, said Sheikh Mohammad Abdullah al-Mubarak al-Sabah, Kuwait’s minister of state for cabinet affairs. He added that Kuwait has been working hard for many years for Kandari’s release and he is confident in the rehabilitation centre, of which he said even the Bush Administration approved.

Kandari “understands and accepts that he will live his life subject to the scrutiny of his government,” his lawyer Lewis told the PRB. “He wants only to turn the page and get on with his life.” 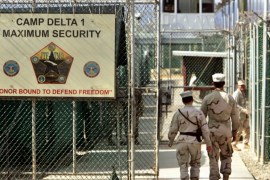 Cuba wants US to hand back Guantanamo Bay base

The US naval base is a hotly debated issue between the United States and Cuba as the two countries normalise relations. 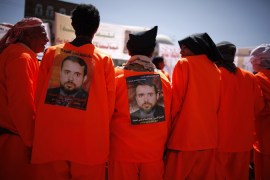